The new school year will see a new cabinet for Austin ISD Superintendent Meria Carstarphen. With five retirements and two staffers leaving for new jobs, she's shuffled several seats. The end result is at least one surprising and intriguing promotion, and a pretty hearty restructuring of the administration.

Chief of Staff
Out: Karen Sperry
In: Mel Waxler

Expect this to be the closest-watched move (not least why Waxler seems to be lining himself up for a $10,000 pay cut, if the position pay stays the same). The district's legal brain has been district general counsel since 2000, but has been quietly moving sideways earning his superintendent's certificate from the Texas Education Agency in 2009 and a master's degree in education this May. No word on who will be replacing him as AISD's top legal adviser, but the press release says he will continue "providing legal advice to the administration and schools." Prior to joining the district, he served on the 1995 citizens bond advisory committee, and provided a link to the Austin Chamber of Commerce as head of Leadership Austin. Sperry heads to retirement on June 30 after 33 years with the district.

This new position is a big promotion for Hicks. He has been principal at Overton since 2006, but caused some controversy back in 2002 as principal of Oak Hill when he got gung-ho over transferring his sixth graders to Kealing Middle School.

Coda: There's still a degree of confusion over where Hicks fits into the hierarchy. This is a new position, and while it's clear that he will be reporting to Chief Schools Officer Paul Cruz. The district currently has four assistant superintendents: Dr. Maria Montoya-Hohenstein and Ariel Cloud run the north and south elementaries respectively, Bergeron Harris in middle schools, and Edmund Oropez at high schools. Harris put in his retirement in May, but the other three remain, and it's still unclear how exactly Hicks and the other assistant superintendents will interact.

What makes this even stranger is that this represents a restructuring of the administration. Last time Carstarphen did this, back in 2009, there were very clear staffing structure charts in place before the hiring began. Now it seems Hicks has been hired before a staff chart has been finalized.

Executive Director for Finance
Out: Norman Self
In: Leo Lopez.

An interesting selection, since Lopez has been with the Texas Education Agency for over a decade. Self submitted his notice in April and is retiring.

Lussier is returning to Massachusetts to become superintendent of the tiny Wellesley School District. He has already resigned, effective June 7. He is replaced by Cartwright, who has been principal at Murchison since 2007.

This one was actually confirmed in April. Butts is the former general counsel to Sen. Kirk Watson and a former assistant attorney general. She replaces Rome, who left to become executive director of the Texas School Coalition, a group of 120 Chapter 41 school districts which is part of the flotilla of lawsuits filed against the current Texas school finance system. 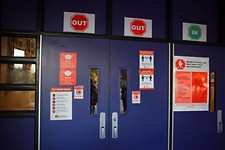 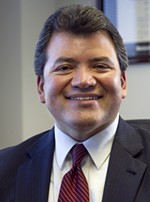