Should Yogurt Shop Investigation Be Subject of External Review? 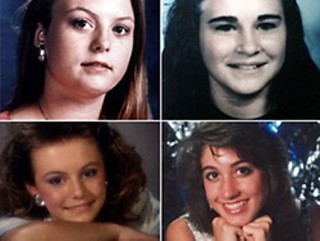 The Public Safety Commission on Monday is slated to consider a resolution for consideration by Council to direct funding for the outside review of Austin Police Department investigations of major crimes that remain unsolved – with the infamous yogurt shop murder case topping that list.

The notice comes a month after retried APD Detective Paul Johnson spoke to the commission during citizen communication to denounce PSC Vice Chair Kim Rossmo's concerns that the APD investigation into the grisly quadruple murder might have relied on weak evidence, and might now be plagued by groupthink or tunnel vision.

The topic has been given 15 minutes on the agenda for the June 4 meeting, sent out Friday by Mike Levy, also a vice chair of the commission. In addition to the agenda, Levy's email contained a statement from Rossmo (a retired police inspector turned criminologist who studies – surprise, surprise – failed police investigations), reiterating his concerns about how the case has been handled.

Below is the entire text of Rossmo's statement:

In his presentation to the Austin Public Safety Commission at its May meeting, retired Austin Police Department detective Paul Johnson’s reaffirmed my belief that the Yogurt Shop Murders investigation has suffered from “tunnel vision” and “group think.”

It appears detectives are trying to twist the evidence to fit pre-existing theories, rather than adjusting their beliefs to accommodate the new DNA evidence. A proper investigation requires an open mind and a constant exploration of alternative suspects. It appears this has not occurred in any meaningful way in the tragic Yogurt Shop Murders case.

At the June meeting, I will offer a resolution for the implementation of a policy to provide funding for external reviews of certain unsolved major crime cases, and that the Yogurt Shop Murders be the first case considered for such funding.