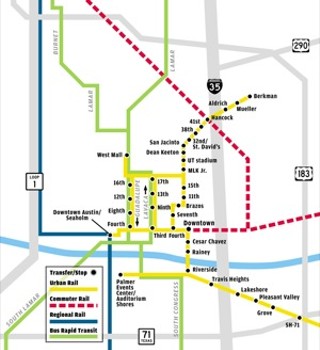 In a blog entry just posted on his mayoral web site, the mayor announced that he believes the plans for operations, management, and financing of an Austin urban rail system remain sufficiently in doubt to make a November public vote inadvisable.

"While I believe it’s possible that we could advance our level of certainty … over the next two months," Leffingwell wrote, "perhaps even sufficiently to give Austin rail voters the level of assurance they would want and deserve this November – I’m uneasy about the magnitude of the unresolved issues and the shortness of the timeframe."

Leffingwell noted that a city bond package is already in the works, that electric rates will be rising, and that the city budget may still require either a property tax increase or more cuts. "Taking these two considerations together," he continued, "the remaining level of uncertainty regarding the rail proposal, and the potential cumulative financial strain on Austin taxpayers – it’s my strong feeling that 2012 is not the right time to bring urban rail to the ballot."

Leffingwell added that he would be supporting a bond proposal of no more than $400 million, the limit anticipated not to require a tax increase. The mayor promised more details later today, following the scheduled meeting of the regional Transit Working Group. 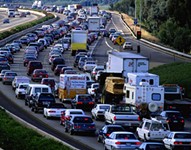