May 29 is Primary Day There was a last-minute flurry of Democrats hitting Friday's ballot boxes, but with total turnout in tomorrow's May 29 primaries still only just cracking 6%, it could be anyone's elections in either the Democratic or GOP primaries.

The important bit first: Primary voting is tomorrow, May 29. You must vote in your own precinct, and must provide either a voter registration card, driver’s license or any official photo ID, birth certificate, United States citizenship papers or passport, a copy of a current utility bill, bank statement or other official document that shows your name and address. Visit the Travis County Elections Division for more about how and where to vote.

Now, to early voting. More than a few onlookers had been little bit surprised that turnout amongst Dems had remained consistently below GOP numbers. Obviously, the turnout for one party has no impact on the results for the other, but it was seen by some as an indicator of a disinterested Democratic base, while the GOP was still keeping some momentum going in Travis County.

Of course, one factor could be that the big GOP House and Senate races are mostly anchored outside of Austin city limits, so there was less electoral energy burned up in the mayoral and city elections.

However, Dems must be pleased that there seemed to be some resurgence of interest amongst their supporters. It's hard not to think that there's some sighs of relief – or at least heavy number crunching – amongst Congressman Lloyd Doggett's staff: With his new district meandering from Travis to San Antonio, he may well need a solid turnout from his old East Austin base to fight off Bexar County tax assessor collector Sylvia Romo and USAF veteran Maria Luisa Alvarado.

However, tea leaf reading may be a little challenging. Normally, analysts will look at comparable earlier elections to detect patterns, but since there hasn't been a presidential primary with an incumbent Democrat since 1996, and there has never been a May 29 primary ever, it's extremely difficult to draw any conclusions.

What we can say is that, locally, both parties are tracking well below either their 2010 or 2008 early voting turnout. The Dems are at a fraction of their 2008 high water mark, powered by the primary clash between Barack Obama and Hillary Clinton, but still tracking ahead of the 2010 turnout, when Bill White's gubernatorial campaign was topping the ticket. As for the GOP, there's very little difference between this and the last three primaries. So go figure. 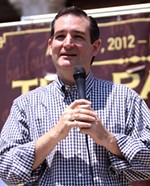 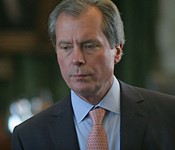