Charlie Baird and the Tobacco Lawyers 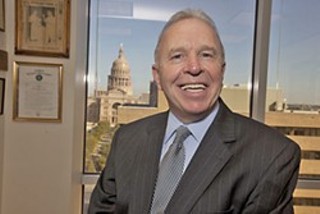 In an increasingly bitter Democratic primary race for Travis County District Attorney, former judge Charlie Baird has suggested that incumbent Rosemary Lehmberg is being rewarded by certain Dem attorneys for failing to investigate them a decade ago. The lawyers are striking back.

In the waning days of the Democratic primary campaign (to be decided Tuesday, May 29), the Charlie Baird D.A. campaign, in a mailer and email, accused incumbent Rosemary Lehmberg of accepting campaign donations from “tobacco settlement lawyers” whom she allegedly failed to investigate during the Nineties, despite reported “charges … of bribery and fraud” made against them. The Baird campaign broadly implies that a decade later, the campaign donations are effectively a repayment for Lehmberg’s inaction more than a decade ago: “Is it a coincidence,” asks a Baird campaign email, “that she received this money given that she oversaw the [D.A.’s Public Integrity Unit] during a time when the PIU should have been investigating the Texas tobacco settlement? [emphasis in original].

Lehmberg describes Baird’s claims as “absurd,” noting that the three lawyers accused by name in the email – Wayne Reaud, Cary Patterson, Walter Umphrey – were investigated by state and federal agencies during the tobacco litigation, and that her office had no role to play in those investigations. Former U.T. law professor Michael Tigar, who represented the three attorneys (with two others known together as the “Big Five,” who sued and defeated the tobacco companies on behalf of the state of Texas), called the charges made by Baird not only nonsensical but “false and defamatory.” Reaud told NewsDesk that Baird’s charges are not only false, but “the most powerful evidence … that [Baird] is not fit to be District Attorney.” Reaud said Baird had personally called his office several times to request financial support for his campaign, and Reaud asked rhetorically, “If he thought I was such a bad guy, why is he soliciting money from me?”

Baird and his campaign deny asking Reaud for money, and they insist that his charges against Lehmberg and the attorneys are accurate and fully sourced. A summary history: hired by the state, Reaud and four others sued the tobacco companies during the mid-Nineties – risking many millions of their own money in the process, the only way the litigation could proceed – and in 1998 won a $17 billion settlement (to be paid over time), of which the attorneys were to share 15% as their contingency fees. But then-Attorney General John Cornyn, on behalf of the state, objected to the attorneys’ fees, and pursued investigations and litigation attempting (ultimately unsuccessfully) to claw back some or all of that money. In the end, former attorney general Dan Morales was convicted of attempting illegally to cut a friend (attorney Marc Murr) in on the settlement, but the five other attorneys and their firms were ultimately exonerated of having anything to do with that arrangement.

As Tigar summarized the episode to NewsDesk Friday, “The Texas tobacco settlement was investigated by John Cornyn and his crew, and by two United States attorneys, both Republican appointees. The result of that investigation was that the tobacco lawyers, that won $17.1 billion for Texas, were exonerated of any wrongdoing. In fact, they cooperated with the government, and Assistant U.S. Attorney Sharon Pierce gave them credit for having helped uncover the fraud committed by Dan Morales and his confederate Marc Murr, that resulted in Morales going to Club Fed [federal prison]. In fact, I was invited on behalf of the tobacco lawyers to speak at the sentencing of Morales, because the government took the position that they were the victims of Morales’ fraud.” Tigar continued, “It’s defamatory by suggestion that they did something wrong, when in fact they were exonerated, and Charlie Baird, who’s a lawyer, should know that.”

NewsDesk contacted Reaud after the Baird campaign had sent out a “fact check” email to supporters reiterating the “tobacco lawyer” charges (more precisely, anti-tobacco lawyers) first distributed via campaign mailers. (You can see the email, which makes several additional charges against Lehmberg, here.) Reaud vehemently rejected Baird’s claims about the tobacco litigation and subsequent settlement investigations, and said that he had donated to Lehmberg’s campaign because he believes she shares his liberal political perspective, and because (he repeated several times) “she is dead honest.” Although Reaud’s legal practice is based in Beaumont, he has a branch office and home in Austin (“I’m there every weekend”), and dismisses as nonsensical the Baird campaign’s “simple question” in its email: “Why did Rosemary Lehmberg take in $97,000 from lawyers and firms affiliated with the ‘Tobacco Five?’ None of these firms are located in Travis County and they do not handle criminal cases.”

“I gave her money because I believe she was doing a great job and she was the right person for the job,” responded Reaud. “And the fact that I don’t practice criminal law, that purifies the contribution – I don’t want anything from her; I’ll never have a case in her court. I’m doing it because I think men of principle that are blessed as I have been blessed have an obligation to give back.” The Travis County D.A.’s office, because of its responsibilities in investigating public corruption, is effectively the only “statewide” office currently held by a Democrat, and as a consequence the county’s D.A. campaigns inevitably draw statewide interest. “It is natural for somebody running for Travis County D.A., to get support from lawyers all over Texas,” commented Tigar. “And that’s because Travis County has prosecuted – well, Sen. [Kay Bailey] Hutchison, Tom DeLay – it handles statewide matters. It’s the state capital. And again, Charlie ought to know better. He sat on the Court of Criminal Appeals.”

Asked about Reaud’s claim that he had sought campaign support from Reaud, Baird said via email that he had not done so, at first clarifying that Reaud (or the other attorneys) “may have received postal mail or an email from my campaign soliciting a contribution but the solicitation would have been because their names were on a list, with thousands of other names, of individuals who were inclined to contribute to Democrats.” A Baird campaign spokesman subsequently contacted me to say that they had reviewed all their contact records and that Reaud’s name did not appear on any of them, and that Reaud’s claim was false. Asked to respond, Reaud said, “He [Baird] called my office [for] this campaign – because I’d given to him before … and I didn’t take his calls because Rosemary was my friend and I just didn’t want to have to tell him no.” Later he reiterated, “He personally called my office on at least three occasions, wanting money.”

Tigar is a legendary criminal defense and human rights attorney, and currently professor emeritus at Duke Law School. He no longer lives in Travis County, but had received a copy of the campaign “fact check” email from Reaud and other friends. “It’s just completely false, wildly so,” he said. Later, he elaborated, “I do not have a dog in this fight; I do not support Rosemary Lehmberg – she and I have had disagreements. … This is just horseshit. I wrote to Charlie this morning, because I’ve known him for a long time, and I don’t believe in shooting at people from behind a tree. I told him, Look, I told you in the beginning that I support your candidacy. I don’t, anymore. I react to this [campaign material] in that way – it’s just not true, and I told him, it’s false and defamatory.”

I asked Tigar what he thought of Baird’s claim that Lehmberg had an obligation to investigate the tobacco settlement through her post in the Public Integrity Unit. “This was the most investigated event in recent Texas history. Rosemary did not have the subpoena power that the United States attorney and the FBI have. When this investigation grew towards its conclusion, it was being run by the United States attorney’s office in Austin, Texas. And it was being run by a very competent assistant U.S. attorney, Sharon Pierce, and they used all the resources of the federal government to call for and look at literally millions of pages of documents. I’ve been a lawyer in state court and federal court for 45 years. The state prosecutors have an important role to play, of course, but in these cases that involve huge expenditures of resources, there was no reason for the taxpayers of Travis County to pay to have a job done that was already being done by people appointed by Republicans. … Nobody could say they were giving the tobacco lawyers a free ride.”

Tigar concluded, “Not only [are the charges] strange, but I’m willing to say Charlie Baird’s literature about this is false, and it’s defamatory. And it impugns the reputation of lawyers that in fact were the victims of the fraud, not the perpetrators.” 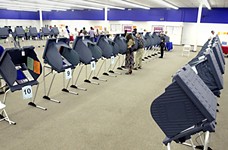 Primary Prospects
A rundown of primary election battles shaping up 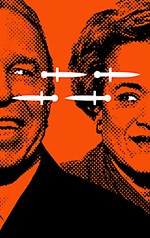 A Quarrel With the Status Quo
Charlie Baird on criminal justice, equity, and the Travis County D.A.