Did Texas Execute an Innocent Man? 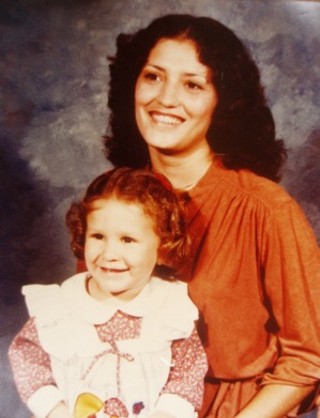 Wanda Lopez with her daughter (Courtesy of www.thewrongcarlos.net)

It’s been 23 years since Carlos De Luna was executed by lethal injection for the 1983 attempted robbery and murder of Wanda Lopez at a Corpus Christi gas station; this week, a book-length law review article was released that meticulously deconstructs the case – and makes it almost undeniable that Texas has executed an innocent man.

In the years since De Luna’s execution, serious questions have been raised about whether De Luna was actually responsible for the crime. This week, the Columbia University School of Law’s Human Rights Law Review publishes “Los Tocayos Carlos: An Anatomy of a Wrongful Execution,” dedicating the entire issue to unfolding the De Luna case with an eye toward what went wrong – and what the ramifications are for Texas and beyond. Indeed, the article, by Professor James Liebman and a group of law students, presents the strongest evidence yet that the state of Texas has convicted and killed an innocent man, Carlos De Luna, and failed completely to catch the real killer, Carlos Hernandez, despite compelling evidence that pointed directly to his guilt. De Luna, who repeatedly claimed innocence, was executed in 1989. “Two things are clear right off the bat,” says Liebman. “One, on the evidence [that we now have, it is clear] Carlos De Luna could never have been convicted” because there’s simply too much doubt. “Two, if that evidence had been put [to use to prosecute] Carlos Hernandez, there is no doubt [Hernandez] would have been convicted.”

Lopez was working the evening shift at the Sigmor Shamrock, a gas station in a rough part of Corpus when a Hispanic man carrying a knife came into the store. He stabbed Lopez in her left breast; she bled out at the scene. After a frantic 40-minute search, police found De Luna hiding under a pickup truck and arrested him. They immediately took him to the scene of the crime, where a lone eyewitness, Kevan Baker, said De Luna looked like the man he’d seen – “it was really tough … saying yes or no,” Baker told Liebman’s team. “It seemed like the right guy.”

De Luna, however, maintained his innocence to death. It wasn’t he who killed Lopez but another Carlos, Carlos Hernandez, De Luna’s tocayo – or namesake – who was the murderer, he repeatedly said.

Although De Luna had a history of run-ins with the law, none were for violent offenses. Hernandez, on the other hand, had a very violent past and penchant for using a lock-blade folding knife to assault and murder young Hispanic women. Although De Luna was picked up nearby, drunk and hiding under a car, no evidence at the bloody scene linked him to the crime.

Moreover, Hernandez bragged to numerous people that he was responsible for Lopez’s murder but that De Luna took the fall. Indeed, not only did members of Hernandez’s family hear him brag about the Lopez killing, but police had that information too; within days of the murder, they began hearing from confidential informants that Hernandez was the real killer. Nonetheless, no one ever acted on the information, and Hernandez was left free while De Luna was eventually killed.

Peeling back the layers of the case took years, says Liebman (a first investigation of the case came in 2006 when Steve Mills and Maurice Possley of the Chicago Tribune first published a story on the case, based on the work Liebman and his team had thus far amassed). At its core, Liebman says, the case exemplifies a number of issues problematic in criminal justice. “There is bad eyewitness identification; an incomplete and imperfect [police] investigation – they spent two hours at the scene that night [and never returned during the day], and they missed all kinds of things or didn’t bring them up at the trial,” including bloody footprints inside the store. There was also ineffective lawyering by court-appointed counsel, possible prosecutorial misconduct – including the suppression of police audio of the manhunt for the killer that suggests the bulk of the 40-minute chase was spent pursuing a man fitting Hernandez’s description, and not De Luna’s – capped off with “not very thorough” post-conviction appeals, Liebman says. “It’s got everything in it.”

Those problems are so dominating in so many cases, Liebman says, that when he first became interested in the De Luna case he had colleagues who weren’t convinced it was worth investing too much time in reviewing. “It was a case everyone assumed was normal, typical case, and [De Luna] swept through the system and was executed and no one gave it a second thought,” Liebman says. “Some thought the idea that some other dude named Carlos did it wouldn’t hold water.”

Now, however, it seems that the very issues raised in the De Luna case – many of them persistent problems in criminal justice – when taken together, demonstrate that De Luna was, in fact, an innocent person killed by the state. It’s a “combination of the kinds of things that go wrong in all kinds of cases that add up to the risk of innocence,” he says. “Everything feeds on top of everything else.”

Of course, Liebman doesn’t need you to take his word for it. In addition to the published article, he has put together an exhaustive website linking to all the primary documents available in the case. Liebman encourages folks to explore the site (www.thewrongcarlos.net) and decide for themselves whether Texas has blood on its hands.