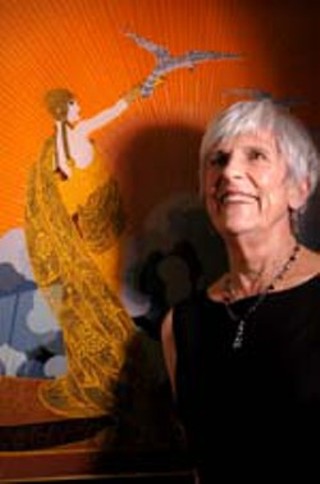 Bettie Naylor, a tiny woman who loomed large at the Texas Capitol for several decades, died in her sleep last night. She leaves behind her loving partner, Libby Sykora, her three children, and a legion of friends and admirers. The out-and-proud late bloomer of a lesbian became the state's first official gay rights lobbyist in the Seventies.

Employing her sassy wit and big smile, Bettie fought like hell to fend off hate legislation every session, and still managed to form fast friendships with lawmakers of all stripes.

As the state's right-wing tilt took on a harder, uglier edge under the national influence of Tom DeLay, Bettie grew more discouraged with legislative politics during the 79th Legislature. As she told the Chronicle's Kate Messer in a 2005 profile, "The bad thing is, some of the stuff that they're doing, we're never going to be able to get back."

Bettie may have been right about that. But as a mentor to many, she will always be remembered for how much she gave to the cause.

Sen. Kirk Watson got to know Bettie in the early Nineties, before he mounted a campaign for mayor of Austin. "There was that wonderful way she had of giving you her full attention when she wanted you to know what she was thinking," he said. "She encouraged all of us to be as good as we ought to be. And you wanted to be as good as you could be because you wanted Bettie to be happy."

Dianne Hardy-Garcia, former executive director of what was then the Lesbian Gay Rights Lobby of Texas said, "Bettie Naylor was a fearless and tenacious leader. And she was just damn fun to be around. What I loved about her, and learned from her, was that she was always willing to drink with, pray with and charm Republicans and Democrats alike in the quest for women's equality and LGBT rights. In her mind, all things were possible and she believed everyone could change and become more enlightened. Even Warren Chisum. And Bob Bullock. And Gib Lewis. And the list goes on and on." 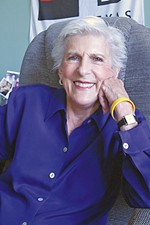 Goodbye, Bettie
Activist and arts lover "encouraged us to be as good as we ought to be"