Two shootings within 12 hours; one officer is dead 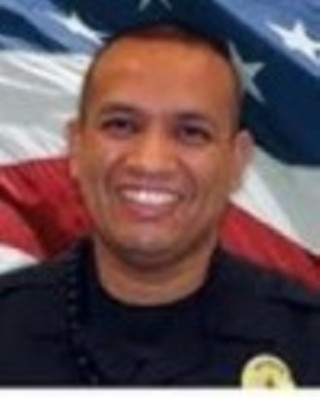 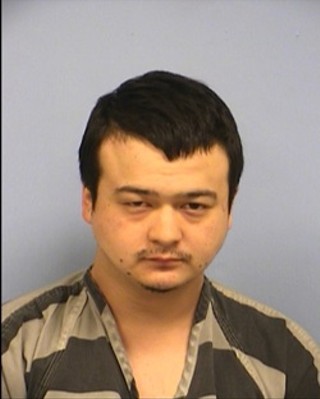 Austin Police Chief Art Acevedo began to cry as he recalled how the 6-year-old daughter of slain APD Officer Jaime Padron leaned in to whisper a question in his ear this afternoon. "'Please tell my grandparents that my dad was a good man,'" he said the little girl told him.

Indeed, Padron, a Marine who served in both Gulf Wars and spent 14 years with the San Angelo PD before coming to Austin in 2008 to join the airport police and then moving over to APD after the city consolidated its policing operations, was, by all accounts, a stand-up guy. "He was a very close friend, a dedicated father," said retired APD detective and former Austin Police Association President Mike Sheffield, who recruited Padron to come to Austin. "He was an outstanding officer and a fine human being."

Padron was killed after responding to a call at a North Austin Walmart store early this morning. Store employees had called about a man – who Acevedo identified during an afternoon press conference as 24-year-old Brandon Montgomery Daniel – who was acting strangely and was "possibly intoxicated," Acevedo said. Almost immediately after Padron made contact with Daniel a struggle ensued; Daniel was aggressive and agitated, police said, and as Padron and Daniel struggled Padron was knocked to the floor. Quickly and without warning, Acevedo said, Daniel pulled a semi-automatic pistol from his pocket and fired at Padron, a shot that hit him in the chest; Padron was wearing his bullet-proof vest. Daniel then fired off another shot, striking Padron in the neck.

After Daniel fired, two Walmart employees took action, "immediately and without hesitation," Acevedo said, and wrestled Daniel to the ground, called police, and tried to resuscitate Padron; the neck wound, however, was fatal and Padron was pronounced dead at the scene. It was a call for service that "appeared on the surface to be a low-risk call," Acevedo said, and "without warning" turned deadly.

Acevedo said that Padron died a hero, and he praised the Walmart employees for their selfless actions; the employees will be honored, he said. Acevedo noted that in his 26 years in law enforcement, the majority spent in Los Angeles, he had never seen civilians take such courageous action to help a police officer in a risky and, in this case, deadly situation. Indeed, he noted that as they wrestled with Daniel the 24-year-old pulled off a third shot, aimed at the employees. No one was hurt.

Daniel is in custody and has been charged with capital murder of a police officer, a death-eligible offense.

Padron was the first APD officer shot and killed in the line of duty since Ralph Ablanedo was gunned down in 1978; David Lee Powell was executed in 2010 for the killing. The last on-duty death occurred in 2004, when Officer Amy Donovan was struck by a police cruiser and killed in an accident while she was pursuing a suspect on foot.

Indeed, it was a double deadly overnight in Austin. Less than 12 hours before Padron was murdered, Officer Eric Copeland shot and killed 37-year-old Ahmede Jabbar Bradley, after Bradley fled from a minor traffic stop in the 6000 block of Manor Road in Northeast Austin.

Acevedo would not say triggered the stop, but said that it was a routine stop that started out "friendly." Then, however, Bradley, who was alone in the vehicle, pulled away in the car then stopped again a short distance away, got out of the car and fled on foot. Copeland followed and when he caught up with Bradley in the 5000 block of Overbrook a series of struggles ensued. Copeland tried to subdue Bradley with his Taser, but one of the prongs "didn't take," Acevedo said, and the device failed. As the pair continued to struggle, Acevedo said that Bradley pulled the cord from Copeland's shoulder mounted mic and tried to strangle the officer with it; Copeland was able to free himself. Still, as the struggle continued, witnesses to the altercation called 911, asking police to hurry to the scene because it appeared Copeland was losing the fight; indeed, Acevedo said that the officer and Copeland wrestled for Copeland's gun and that ultimately Copeland regained control, and fired several shots, striking and killing Bradley.

The scene of the shooting bristled with racial tension; at one point someone threw rocks at a patrol car at the scene, shattering the driver side window. No one was hurt. Acevedo said there is video and audio of the stop and that there are multiple 911 recordings of neighborhood residents who described the escalating scene before the shooting. He said that the department will work to expedite the public release of both audio and video of the incident, and implored the public to withhold judgement until after the evidence is in and the audio and video have been made public. "What is most important for us, once we've stabilized the scene, is to investigate, so that we have the evidence" that both a grand jury and the public will need to determine whether the shooting was justified.

Acevedo said the investigation continues and that there is "a lot of other evidence" related to the incident, "but I'm not going to get into that now."

Copeland was taken to the hospital with a broken finger and other minor injuries; he has been placed on administrative leave with pay as the investigation continues. Acevedo extended his sympathy to Bradley's family. "I don't care if the person is Jeffrey Dahmer," he said. "The pain of a mother and father is real."