The city has extended the deadline on its bond development survey 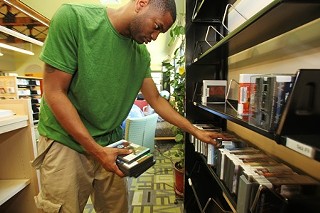 Communication is key in all relationships, but especially those in which bondage is involved. The city of Austin has been asking politely for weeks that you tell it what you want (what you really, really want); it's asking for help now so we don't find ourselves in counseling a year from now, when her flaws stop being quaint and start becoming problematic.

Luckily, she's made it easy. Visit the Bond Development survey on AustinTexas.gov to tell the city how you'd allocate funds in a $200 million, $300 million, or $400 million bond package – spreading the spending across affordable housing, city facilities, parks, and transportation efforts – and then prioritize 10 specific projects you hold near and dear.

Maybe you really want to see some work done on MoPac. Maybe that park by your house needs some maintenance. Maybe you're most intrigued by a mounted patrol facility. Whatever gets you going, the city needs to hear about it before the potential bond package is presented to City Council in May.

If only it were always so easy.