They're a long time coming, and they may be just as bad as everyone in Travis County expected. The San Antonio judicial panel has released its interim House, Senate and Congressional maps for the 2012 elections and, to all intents and purposes, Austin and Travis County may as well not exist.

Locally, the results are fascinating and disturbing. Travis County will completely contain six of the state's 150 House seats. However, it will only have fragments of four of the 31 Senate seats and five of the 37 Congressional seats. Think about those ratios for one second. 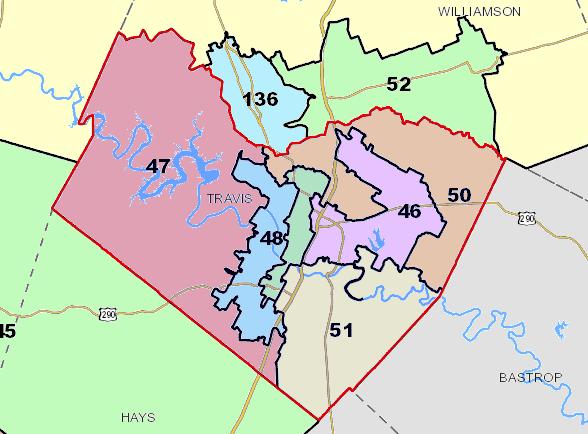 Let's start with the House map. Locally it is basically unchanged from what the Legislature passed initially, and it is extremely unlikely that any of the incumbents are in peril. 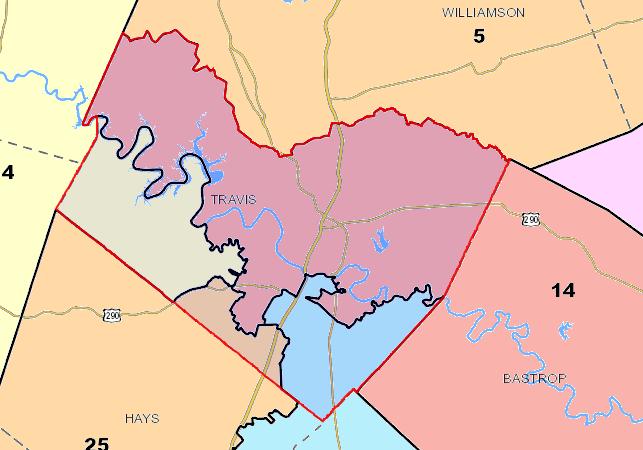 Over on the Senate side, things start to look silly. The court may have restored Senate District 10 to what it looked like before the GOP tried to crowbar out Sen. Wendy Davis, D-Fort Worth, but Travis looks like the victim of a drive-by paintball attack. Yes, South-East Travis County is now in SD-21 – a district that is centered in Laredo. The one upside is that Austin Bergstrom International Airport has been put back into Sen. Kirk Watson's SD14. 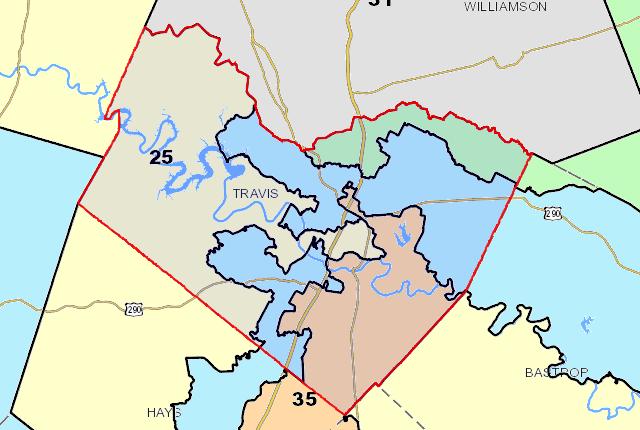 The worst of the bunch may be the Congressional map. In a ruling issued this afternoon, the court went along with a map that creates the insanely gerrymandered CD-35, the district designed wholly and solely to get rid of Congressman Lloyd Doggett. Let's not forget that, in what is obviously some sick joke, it's called CD35 because it pretty much follows I-35 from Austin to San Antonio.

Doggett has already issued this statement:

As an effective advocate for schools, veterans, health care and retirement security, my service fits well with the neighborhoods that have now been joined from South San Antonio to North Austin. I will continue the visits with working families that I already have underway. And I will continue to stand up to Rick Perry and other extremists, whose misguided policies are threatening our families' security.

Unsurprisingly, he has announced a major campaign event: An April 2 NCAA watch party – in San Antonio.