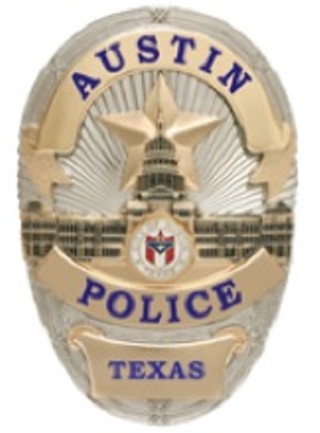 Two Austin Police Department officers have been terminated and two others have been suspended in connection with an incident in August during which Officer Michelle Gish hit a woman in the head after the woman allegedly spit on Gish.

According to disciplinary memos penned yesterday by Chief Art Acevedo, on Aug. 31, 2011, Gish was among a group of officers responding to a vehicle pursuit. Gish arrived at the "termination" point of the pursuit and began helping paramedics already on-scene to secure an "intoxicated and uncooperative" woman onto a gurney. In the process, the woman allegedly spit on Gish; in response, Gish "struck the female at least once in the head," Acevedo wrote. Another officer, Jose Robledo, pulled Gish away from the woman and, according to Acevedo, Gish had to be restrained until she was calm enough for EMS personnel to help clean her face.

In her report, Gish wrote that she was holding the woman down by her right shoulder, to help keep her secured to the gurney, when the woman spit in her face; Gish wrote that she "delivered a reactionary/defensive strike" to the woman "with my open hand" to keep the woman from spitting again. During an interview with Internal Affairs, however, Gish admitted that the woman was already restrained when she spit and that she was "not consciously trying to prevent the female from spitting on her again" when she struck the woman. Her written account, Acevedo wrote that Gish told investigators, "was untruthful."

Nonetheless, during a disciplinary review hearing before her chain of command and the department's top brass, including Acevedo, Gish said her statements had not been untruthful, Acevedo wrote. "Officer Gish admitted to Internal Affairs that her actions in striking a restrained person, even after being spit on, were wrong," he wrote. Yet, during the hearing Gish told department supervisors that "her actions were 'justified under the circumstances.'"

According to Acevedo, Gish violated the department's use of force policy and its provisions regarding officer honesty.

Robledo was also terminated (or handed an "indefinite suspension," the civil service equivalent of termination) in connection with the spitting incident. In a separate memo, Acevedo wrote that Robledo told IA that he pulled Gish away from the woman because "he believed that Officer Gish was being assaulted or about to be assaulted." Robledo told IA that he "heard a spitting sound" but never saw or heard Gish strike the woman; moreover, Robledo allegedly denied that he grabbed Gish because she had struck the woman. But Robledo could not then explain why he grabbed Gish or believed that she was in danger of being assaulted. "Officer Robledo's account of the reasons for the actions of Officer Gish and himself are inconsistent with his own statements at the scene, physical evidence and the statements of other witnesses, including Officer Gish," Acevedo wrote.

Robledo, Acevedo concluded, violated not only department policy regarding report writing, but also the APD's honesty policy. "As stated in APD's policy, honesty is of the utmost importance in the police profession and dishonesty is a serious violation for which indefinite suspension is mandated," he wrote.

Both Gish and Robledo have the right to appeal to an independent arbitrator.

In addition to the two terminations, Acevedo also handed out lengthy temporary suspensions for two supervisors who he believes also violated policy in connection with the Gish spit/slap episode. Corporal Steven Jones was suspended for 10 days for failing to file a supplemental report regarding Gish's use of force until after he was "told to do so" by a sergeant, Acevedo wrote in Jones' disciplinary memo. Moreover, as a front-line supervisor, Jones was required to review the supplemental reports attached to the case and did so, approving them despite the fact that they were "inaccurate and/or incomplete," the chief wrote. Jones may appeal the decision.

For Sgt. Mark Breckenridge, however, there will be no opportunity to appeal the 20-day suspension he was handed in connection with the incident; under civil service rules, all suspensions over 15 days must be by agreement. (Outside of an agreed suspension, the only option left is for the chief to terminate the officer and for the officer to fight the firing.) According to the disciplinary memo, Breckenridge on Sept. 12, 2011, submitted to his supervisor a required memo regarding the use-of-force incident, stating that Gish's use of force was "justified and within" department policy. However, during a subsequent interview with IA investigators, Breckenridge allegedly admitted that he did not actually investigate Gish's use of force: "Breckenridge stated that he did not identify any witnesses to the spit/slap incident nor did he direct any officers to locate and identify witnesses," Acevedo wrote. "Breckenridge admitted that he did not review Officer Gish's incident report and he hardly read any of the officers' supplements for the case."

In addition to the suspension, Breckenridge has agreed to attend "leadership training" as ordered by his chain of command, and has been placed on a one-year probationary period; if during that period there is any similar act of misconduct, Breckenridge will be fired without the ability to appeal.