The Charter Revision Committee votes for a 10-1 district system 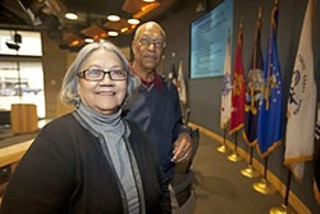 In a fairly contentious meeting Thursday night, the city's Charter Revision Committee voted 8-7 to recommend a 10-1 single-member district system to the City Council to be placed on the November ballot

The CRC, at City Hall's Boards & Commission Room in what proved to be its penultimate meeting, took three formal charter revision votes, for recommendation to Council: 1) To move to some form of geographic districts; 2) Should districting win voter approval, the districts would be designed by an Independent Citizens Commission; 3) To recommend specifically a 10-1 districting system, with 10 council members being elected from geographic districts, and only the mayor elected at large.

The vote for a change to a districting system had only one dissent; the vote for an Independent Commission was not much closer (only two or three dissents). Both the discussion and the vote over what form districting should take was much more contentious, and finally without a consensus.

The Committee first voted to consider a 10-2-1 system (10 districts, 2 at-large members, and the mayor). That motion failed 8-7. The following vote, for a pure 10-1 system, passed with a mirrored vote, 8-7. Kathleen Vale closed the voting, saying, "I am proud to cast the decisive vote for single-member districts."

The Committee concluded by deciding to meet one more time, tentatively Feb. 16, to review the draft staff report on the recommendations to go to Council.

The Charter, the Devil, and the Details
Charter Revision Committee sends its recommendations to City Council