SCOTUS: Back to the Redistricting Drawing Board

State, local politicians respond to latest shifts on the maps 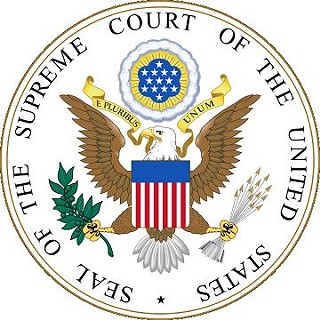 If it's Friday, it must be time for another installment in the ongoing Texas redistricting courtroom battles. This morning the Supreme Court of the United States ruled that the Federal Court in San Antonio has to go back to the drawing board and develop yet another set of maps. So how is today different from yesterday? Er, barely.

The SCOTUS ruling does two things: One, it punts the actual map down to the San Antonio panel; And two, it instructs them to use the legislative map as the base for whatever they come up with, then adjust as needed to comply with Section Two (voter discrimination) and Section Five (minority voting population dilution) of the Voting Rights Act.

And what does that mean? Well, surprisingly little. A major part of the oral argument held earlier this month was over what the San Antonio panel should have used as their base. That court used the old maps passed after the 2001 redistricting, since they were the last precleared maps: That was based on Texas having a population that required 32 congressional seats. Now SCOTUS has said, no, no, you need to use the Legislature's map, which works from a 36-seat population, even thought that is still awaiting preclearance (and, frankly, stands basically no chance of passing.) The one digression in the ruling was from Justice Clarence Thomas, who took the opportunity to argue that Section 5 of the Voting Rights Act is unconstitutional (even though Chief Justice John Roberts told the rest of the court that the merits of Section 5 were not up for discussion.)

Time for some ebullience from Attorney General Greg Abbott (last seen polishing his credentials for a predicted 2014 run for either governor or lite guv):

The Supreme Court confirmed that the San Antonio court drew illegal maps, without regard for the policy decisions of elected leaders. As the Justices point out, courts are ill-suited to make policy judgments and redistricting is primarily the responsibility of the State. The Court made clear in a strongly worded opinion that the district court must give deference to elected leaders of this state, and it's clear by the Supreme Court ruling that the district court abandoned these guiding principles.

As a lawyer, Abbott should be capable of a better understanding of the Supreme Court's decision. He has totally missed the point. The Supreme Court has indeed vacated the maps drawn by the Federal Court in San Antonio. It has NOT declared these maps to be "illegal", as Abbott said.

The Texas Democratic Party followed a similar vein. Spokesperson Anthony Gutierrez noted that SCOTUS did not actually address the lines on any maps.

The issues they had pertained to the process by which the court arrived at new maps, not necessarily the maps themselves.

While it is not clear what the final districts will look like at this point, what is clear is that the state’s original maps have been found to be discriminatory in some way by every court which has examined them.

Still, cue (partial) sigh of relief from the legislative GOP leadership: While the court didn't rubber stamp their maps, they did say that the panel should have paid more attention to their authority. Long term, that could be more significant than just redrawing ant one map. Speaker Joe Straus just issued this statement:

The Court recognized the important and preeminent role of the Legislature, and by extension, the people we represent, to draw maps. With the Court's decision, we hope the process can move quickly so that Texans can vote in primaries on April 3rd.

Instead the Court remanded the case back to the San Antonio Court with guidance on how to proceed. The Court was clear in its order that lower courts cannot incorporate any state maps with legal defects.

It is not a stretch to say that Texas’ enacted maps are riddled with legal deficiencies and we look forward to drawing a better interim map now that we know the San Antonio court can rely on the evidence presented at trial that Texas’ maps are discriminatory both in purpose and effect.

Yeah, and about that April 3 primary date. With so many trials still on-going, the SCOTUS ruling still leaves everyone in complete limbo about the maps and the primary calendar. Republican Party of Texas chair Steve Munisteri had this to say:

I am hopeful that the Western District three-judge panel will issue new maps in time for us to maintain our current April 3rd primary. Until the panel issues new orders, we will not know how many legislative districts will likely be Republican and how many will be Democrat. Thus, any conclusion as to the overall result of today’s ruling by the Supreme Court will have to be withheld until that time. In the meantime, the RPT will continue to advocate for an election schedule that will allow an early April primary.

Austin's own Democratic Rep. Eddie Rodriguez has been in DC, giving testimony in the map preclearance trial. In a longer statement, he noted that the core issue is whether the San Antonio courts used "appropriate standards":

The basis of the ruling was that the San Antonio District Court did not have the right to disregard the maps passed through the Legislature in drawing new maps. The ruling states that the San Antonio Court must take guidance through the Legislature’s maps “unless they reflect aspects of the state plan that stand a reasonable probability of failing to gain” clearance in D.C.

Because of the makeup of the Supreme Court and the fact that the Legislative passed maps had not gone to pre-clearance, I’m not surprised by this decision. I remain hopeful that the final maps will be very similar to the interim maps. After all, the courts are still responsible for protecting the voting rights of all Texans under the Voting Rights Act and the Constitution.

The irony, Rodriguez noted, is that the "making specific rulings on districts that may be nullified under the Voting Rights Act." Still, that is little solace for candidates like Democrat Dan Grant, who is taking a shot at Republican US Rep. Mike McCaul in Congressional District 10. Grant had this to say:

With continued uncertainty surrounding primary dates, district lines and a time line for when we will have definite answers, one thing is still clear: Texans deserve a voice in Congress that understands and fights for them. For years Michael McCaul has failed to be that voice. Our campaign will continue to work hard reaching out to Texans who want better than the status quo and who demand more than the self-serving politics of Michael McCaul."

The ruling has basically left voter rights group exactly where they were yesterday: Annoyed that there is still so little clarity about the process. You can almost hear the heavy sight in the statement from League of Women Voters of Texas president Karen Nicholson:

As the court now goes back to the drawing board, the League’s chief concern remains with Texas voters. With a primary election that has already been rescheduled once, we fear this development will only lead to more voter confusion, more confusion for candidates and continue to put strain on hard-working local elections officials. Despite the enormous time pressures, we will be urging the court to use diligence and develop a fair plan that reflects the true diversity of our state.

So, in effect we are all just where we were yesterday: No set maps, no clear word on when the primary/ies will be. So, carry on!