The Austin Music Commission will try again to host its monthly meeting on Wednesday, Jan. 18. There, its members are set once again to discuss the recent uptick in sound ordinance enforcement actions visited upon various local club owners. Expectations are for a high and vocal turnout.

The commission was scheduled to confront the issue on Jan. 9, but that meeting was canceled that same afternoon.

Venue operators suggest that the Austin Police Department is ticketing for phantom sound violations. Police officials point to a surge in noise complaints in the month of November that kicked off a vigilance campaign. Either way, the discussion should be lively, that is if they actually have it.

In a related meeting on sound issues, Austin Music People is hosting an open house for venue owners who are planning an event during South by Southwest which may require a permit. The meeting is Thursday, Jan. 19, 5-8pm in Studio 6A at the UT Jesse H. Jones Communications Center (the old Austin City Limits studio), 2504 Whitis. City staff from various departments will be available to answer questions. 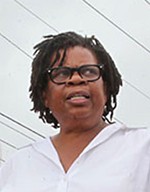 Cities to Love: Austin Preservation Experts Weigh In
Austin experts throw in their two cents on which cities are the best at preserving cultural heritage 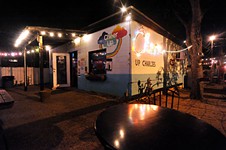 Sorry, Charlie, Too Much Cheer
Silencing a bar that's been coming through loud and queer