Who the Hell is Fred Karger? 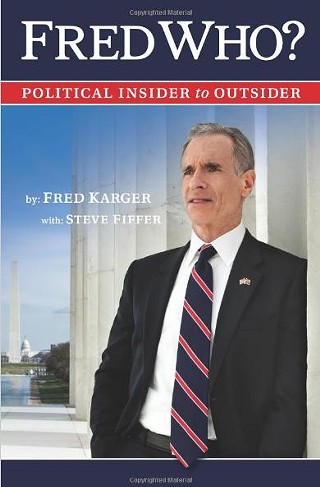 Like he said: Who? Fred Karger, now tied with Rick Perry in New Hampshire

Ever since Gov. Rick Perry announced that he was heading to South Carolina to campaign, everyone has been wondering: Why is he not heading down to New Hampshire, home of the next primary?

The latest Suffolk University/7 News poll may explain why he has given up on the Granite State. He is tied for support with Fred Karger.

Well, let's just say that Karger and Perry may be at different ends of the GOP political spectrum, since Karger is the first openly gay presidential hopeful from a major US political party.

His Republican campaign credentials seem pretty peerless (he was a senior campaign consultant to Gerald Ford, Ronald Reagan, and George H.W. Bush) but in recent years he has been a strong gay rights activists. He formed Californians Against Hate in 2008 to counter the big money donors behind the homophobic Proposition 8 and, according to Gay San Diego, has helped fight several campaigns against anti-marriage equality groups.

Not exactly mainstream contemporary Republican mores, but in today's tracking poll of 500 likely New Hampshire GOP primary voters, Perry and Krager got two votes each. Both were beaten handily by former Louisiana Governor Buddy Roemer, a protectionist flat-taxer who wants to end corporate tax loopholes and dismantle superPACs. Roemer's two votes actually measured on the polls enough for him to be registered as getting 1% of the vote: His campaign site says that he is aiming for a whopping 5% in New Hampshire on Jan. 10.

Then, as if things could not get worse for Perry, he came in behind Michele Bachmann (four votes) – and she's suspended her campaign!

So, where in that data do you think Perry's people started sobbing into their "I miss 'Don't Ask, Don't Tell,' corporations are people too!" memory book?

Not that too many other GOP candidates can take much solace from the numbers. Mitt Romney still leads on 41%, but has yet to break 50% in a state in which he should be romping away. Ron Paul is picking up a little steam on 18% while Rick Santorum leads the also-rans on 8%. Super-poor news for Newt Gingrich, who is tied with almost-a-Democrat John Huntsman on 7% and seems only to stay in the race to sabotage Romney's chances.