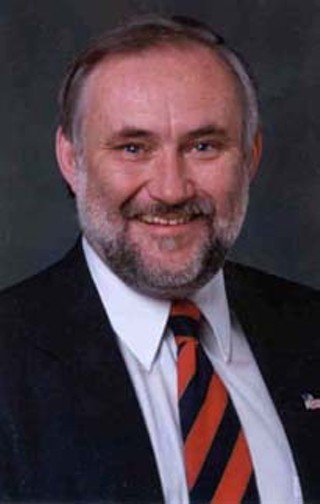 The best and worst of the criminal justice system was on display in the Williamson County case of Michael Morton, Judge Sid Harle told Morton in court on Dec. 19, at the end of a hearing in which Morton was finally exonerated for the 1986 murder of his wife, Christine. Morton was freed after wrongly spending nearly a quarter-century in prison for the crime.

Morton was cleared after DNA testing on a bloody blue bandana, found not far from the Morton home after the crime, revealed stains of Christine's blood mingled with DNA from another man, Mark Alan Norwood, who at the time of the crime lived nearby. Norwood has also been linked through DNA to the 1988 murder of Debra Masters Baker, who, like Christine Morton, was bludgeoned to death in her bed. Norwood had also lived near the Baker residence. Morton is now free; nonetheless, an uncomfortable undercurrent remains: Had prosecutors and police not so blindly focused on Morton as his wife's murderer, there is the very real possibility not only that Morton would not have been convicted, but also that Baker's murder could have been avoided.

Reflecting positively on the system that has ultimately freed Morton are the actions of Morton's lawyers, noted Harle – led by Houston civil attorney John Raley, who launched the nearly seven-year fight to obtain the postconviction DNA testing that finally proved Morton's innocence. On the negative side is a system of criminal justice that failed in its duty to place emphasis on "justice." Harle extended an apology to Morton and his family on behalf of the Texas judiciary, noting that a courtroom is a place to "ferret out the truth," and where "fairness, equity and truth" should reign. Courtrooms, he noted, "are no place for agendas of any kind."

Unfortunately, just such an agenda may have dominated the investigation into Christine Morton's murder as well as the prosecution of her husband for the crime. Although Morton has been officially exonerated (a move that will also pave his way to seeking compensation from the state for his unjust incarceration), remaining at issue is whether prosecutors and police involved in the Morton case engaged in misconduct – and particularly, whether then-Williamson County District Attorney Ken Anderson, now a sitting district judge, withheld exculpatory evidence that could have prevented Morton’s 1987 conviction.

During a nearly hour-long hearing on Tuesday, Morton's attorneys – including Nina Morrison and Barry Scheck from the Innocence Project – presented to Harle a comprehensive report detailing what they argue is clear evidence that Anderson deliberately withheld from the defense evidence favorable to Morton – the transcript of a conversation between Christine's mother, Rita Kirkpatrick, and the lead WilCo sheriff's investigator, retired Sgt. Don Wood, regarding the Morton's young son Eric's description of the "monster" who killed Christine, who the three-year-old said was not his father; reports to police that neighbors of the Mortons saw an unknown green van parked on several occasions behind the family's home prior to the murder; evidence that Christine's credit card had been used after her death, and that a check made out to her had also been cashed not long after she was found murdered in her bedroom.

Anderson has denied any wrongdoing. During a marathon deposition in October he said he recalled few details related to the case, and after Tuesday's hearing one of his attorneys, Eric Nichols, a former assistant attorney general, vehemently denied Anderson engaged in any misconduct. Anderson is "confident" he did nothing wrong in the Morton case, and says he provided to Morton's trial attorneys (Austin attorneys Bill Allison and Bill White) all of the evidence that he was required by law to release. The "disclosures [provided] to defense counsel,” he said, “met every burden in place at that time.”

But Scheck argued to Harle that the judge should convene a special "court of inquiry" to determine whether Anderson did in fact violate Texas law by tampering with records, and engaged in contempt of court by failing to reveal the existence of the favorable evidence.

Before Morton's 1987 trial, then-Judge William Lott (now deceased) ordered Anderson to provide to him for review all of the police reports and field notes generated in the case. After inspecting the material, Lott concluded that there was no “Brady material” in the file – exculpatory or impeachment evidence that is material to the question of guilt or innocence, which must be provided to the defense. When that file was finally unsealed this summer, Morton's attorneys discovered that few of the documents maintained as part of the investigation had actually been given to the judge for review.

Based on that information, and on admissions made by Anderson during his deposition, Scheck argued that there is compelling circumstantial evidence that Anderson engaged in criminal misconduct in the case. Under questioning, for example, Anderson conceded that it was likely that the transcript regarding Eric's eyewitness account and the information from neighbors about the van was in the D.A.'s file on the case; the fact that they weren't in the sealed Lott file suggests that they were deliberately withheld. Moreover, Scheck noted that a deposition provided by current Court-at-Law Judge Doug Arnold, who previously worked as a prosecutor under current WilCo elected D.A. John Bradley, contains information that tends to support the allegations against Anderson. For example, Arnold recalled a conversation with Anderson regarding his "tactical" decision at trial not to call a police investigator to testify, as a way of avoiding having to provide to the defense an investigator's reports or notes. In the Morton case, Anderson did not call investigator Wood to testify; thus, under Texas law, he was not required to release to the defense the police report, which would be needed for the defense to cross-examine the investigator. "[O]nce that witness testifies, the opposing side is entitled to see their notes and reports so they can cross-examine them about any inconsistencies between their testimony and the contents of the notes or reports," Arnold told attorney Raley in November. Arnold said he recalled a statement about this rule that Anderson had made years ago – one that he has now realized is relevant in the context of the Morton case. "And that statement was something to the effect that in cases he had prosecuted in the past, he had deliberately, as a tactical decision, not called the investigating officer to testify" in order to avoid the disclosing the officer's reports.

That was then, Bradley is now

It’s uncertain that Harle will agree that a court-of-inquiry should be convened to determine whether Anderson violated the law. Harle has taken the matter under advisement; he wants time to review the report Scheck et al. have prepared and, he said, although Anderson has no real standing in the case, he wants to extend the judge an opportunity to do his own review and file a response. The family of Debra Baker, whose murder is under investigation by the Austin Police Department, has joined Morton in asking that the inquiry be convened. "It must be remembered that while [the Morton case was being investigated and tried] Debra Baker was alive and well," the family's attorney, Sam Bassett, wrote in a court filing. "She was enjoying her young children and other friends and family," he continued. "Today, we know that there is substantial evidence linking Mark Norwood to her death and the Baker family is left wondering whether or not Mr. Norwood would have been caught in 1986 or 1987 had the exculpatory evidence in the Morton case been disclosed, as is constitutionally mandated."

There remain related questions – not least of which is whether current D.A. John Bradley has also acted, if not improperly, at least imprudently, in his handling of the Morton case since he succeeded Anderson in 2001. Bradley fought mightily against testing of the bandana, telling at least one local reporter that to allow the DNA testing in what he apparently considered an open-and-shut case against Morton would be "silly"; Morton was merely "grasping at straws," he has also said. (The Wilco Watchdog has a nice compendium of Bradley's comments on the Morton case, here.)

During the hearing before Harle, Bradley attempted to strike a more conciliatory note – in part by continuing what many in the WilCo courthouse see as a strategy to blame Anderson for all that has gone wrong in the Morton case. Distancing himself from his staunch position to deny Morton the post-conviction testing that finally cleared him, Bradley said that he was "pleased" to work "together, collegially" with Morton's attorneys on Morton's exoneration and noted (not for the first time) that he wasn't even in the D.A.'s office when the case was originally tried. Moreover, he told the courtroom – packed not only with Morton's supporters, but also with reporters and a bevy of lawyers – that the "way we run our office now" is nothing like Anderson's. Importantly, Bradley said, his office has an "open file policy" – meaning, presumably, that discovery problems no longer exist. That remark prompted smirks and stifled comments from attorneys in the audience who call Bradley's assertion hogwash.

The Wilco Watchdog has also taken exception to Bradley’s claim, suggesting it is entirely untrue (see here, for example) – and even Judge Arnold apparently disagrees. In his deposition, Arnold said that during his time working under Bradley the office did not have an open-file policy.

This is no small matter, given that proper and timely disclosure can go a long way to ending wrongful convictions like Morton's. "Timely disclosure of exculpatory evidence … is indispensable and critical and must be done immediately [and] without hesitation," Harle said in court this week.

Devising systems to ensure timely disclosure of all exculpatory, impeachment, or mitigating evidence is a hot legal topic right now. Rosemary Lehmberg recently told the Chronicle that she has been working on developing a new system to ensure that discovery is properly identified and handled; as part of that she says she sent First Assistant D.A. to an Innocence Project seminar on the topic. Indeed, as part of the report to Harle on the question of misconduct in the Morton case, the lawyers have included a recommendation that the Texas Legislature hold interim hearings on "the adoption of effective mechanisms to enforce" the prosecutorial duty to disclose Brady materials and the problem of official misconduct in criminal trials. "This discussion should involve prosecutors, defense lawyers, judges, and the public, and should be conducted without posturing or finger pointing," reads the lawyers' Morton report. "It is in that spirit that we offer these recommendations."

In court, Scheck said that he has already contacted Texas lawmakers about this recommendation. Sen. Rodney Ellis, D-Houston, appears already to be on board. In a statement, Ellis not only offered his condolences for the years Morton spent wrongly incarcerated, he also noted that Morton's case is not an isolated one. The "unfortunate reality is the discovery of wrongful convictions has become far too common in a state that already leads the nation in this shameful statistic," he said. "Mr. Morton's case adds to the already clear and convincing evidence that our criminal justice system is broken, and it's time we implemented the meaningful reforms needed to fix it, to ensure the innocent are convicted and the guilty brought to justice."