And they chose the Hustle as a back-of-the-head model, to boot.

Santa stopped by early for users of the city's website, with the unimaginable finally happening: the beta launch of the city's new portal, a process literally years in the making.

Early this morning, the City of Austin webpage was rebooted anew, albeit in a beta version (meaning suggestions for improvement will continue to be tracked). As the city notes, “During the public beta period, every page on the website will feature a feedback tab that allows users to immediately share any problems they encounter or ideas they have to improve the site. City staff will implement fixes as soon as possible and evaluate suggestions for future improvements. After the official launch on Jan. 12, The City will continue to gather feedback and ideas for continual improvements at www.austingo.org.”

As we recently wrote about the site's circuitous path to this moment, plagued by delays and hiring controversy, the delay conceivably could've been the best thing to happen to it: in the downtime, technologies like social media and data journalism came to the fore, meaning the city was spared a website that would've been prematurely outdated by the time it went online.

As Mayor Lee Leffingwell noted in a press release accompanying the overhaul, ““It’s been long time in coming, but I’m glad the public will have this new resource,” Austin Mayor Lee Leffingwell said. “I feel it’s the kind of site the people of Austin deserve and it reflects our community’s technology focus and savvy.” 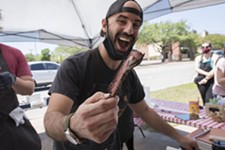 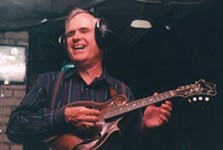