Circuit of the Americas confirmed for 2012 Grand Prix season

The Circuit of the Americas, earlier this year: With the finances solved and the contract signed, construction will begin again (Photo by Richard Whittaker)

As we suspected, and as our sources were telling us last night, an eleventh hour deal has been struck between Austin's Circuit of the Americas and Formula One Management: Austin will host the 2012 United States Grand Prix after all.

The deal came just in time for the FIA World Motor Sports Council to approve the 2012 calendar at their meeting in New Delhi, India. The race will keep its planned Nov. 18 date (shifted to almost the end of the season and out of the summer heat) and according to a press release from Formula One, they have confirmed the same 10 year contract duration as F1 supremo Bernie Ecclestone originally offered to project creator Tavo Hellmund.

Here's the full statement from the Circuit of the Americas on the deal:

Circuit of The Americas announced today that they have reached an agreement with Formula One Management that ensures the Formula 1 United States Grand Prix remains on the FIA Formula 1 World Championship race calendar.

Red McCombs, chairman of McCombs Enterprises and founding partner of Circuit of The Americas stated, "Mr. Ecclestone received his check today. We want to thank the fans supporting us, the local officials and businesses that have encouraged us, the State of Texas, Circuit of The Americas' staff and Bernie himself. I want to thank and commend Bobby Epstein for getting us across the finish line. Bobby's perseverance and leadership kept the project on track despite unfair and unfounded criticism."

"Our investors have believed all along that this project has tremendous benefit for our region, and provides a strong economic engine for the future," stated Epstein, founding partner of Circuit of The Americas. We remain committed to reaching our goal of being valuable community partners as we establish a platform for sports and entertainment. We're glad that Tavo's vision of bringing F1 to the people of Texas will become a reality."

Engineering and construction teams working on the track will resume immediately, ensuring completion for the 2012 race date.

"We have a substantial number of fans who have expressed interest in buying tickets and hospitality, so today is a win for all of them as much as it is for Circuit of The Americas," said Steve Sexton, president of Circuit of The Americas. "We encourage everyone to visit our website and register for information. Registered fans will receive the first communication regarding ticket sales plans. In a matter of weeks we will have more exciting news as we unveil our full calendar of world class events."

Now the question is, what happens after the 2012 season? In 2013 New Jersey will host America's second race, the American Grand Prix, and that will mean there will be three North American races (Canada, New Jersey and Austin) plus Brazil. Both Ecclestone and Mexican business magnate Carlos Slim have hinted about a potential Mexican Grand Prix, Adding that to the mix, just as F1 seems to be shrinking its Western European and Arabic race count, will probably cause some head-scratching in the next few months. 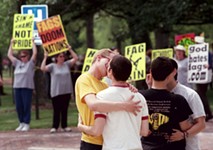