Seems like it never rains but it pours for the families of Eastside Memorial High School at the Johnston Campus: Not only are they waiting to hear whether AISD wants to turn them into a charter school, but now they are contending with the breaking announcement that Principal Joseph Coburn is quitting.

We just received this statement from AISD Director of Public Relations and Multicultural Outreach Alex Sanchez:

I can confirm Mr. Joseph Coburn has in fact announced his resignation, effective Jan. 1, 2012. He communicated directly with families and staff. In his resignation, he cites personal reasons and his intent to complete his doctoral degree. As with any transition at the school level, the administration is committed making sure teaching and learning are not interrupted. [Lanier High School academy director] Mr. Bryan Miller will be the interim principal. We will work hard to ensure a smooth transition.

The idea that this will not be seen through the prism of Superintendent Meria Carstarphen and her long-threatened but still unseen annual facility recommendations (due next Friday) would be delusional. There is already a form letter, drafted by Govalle parents, being sent to Trustee Christine Brister asking her to vote against the IDEA charter school proposal. It notes that "No drawbacks of this proposal have been presented by AISD." There is also now a petition, urging the board to vote against the facility recommendations until new ones can be developed with "genuine citizen and neighborhood participation." 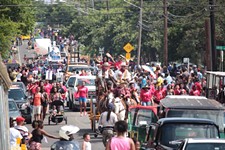 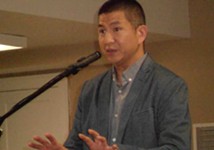