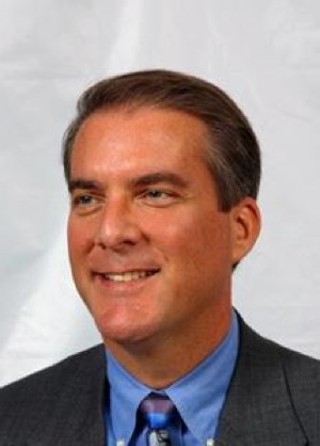 A nascent lawyer accountability advocacy group on Monday filed a series of grievances with the State Bar, alleging that the lawyers involved in the Michael Morton case violated a number of ethical rules – and in some cases may also have broken the law.

The executive director of the Texas Coalition on Lawyer Accountability, Julie Oliver, on Nov. 28 filed three grievances with the Bar, accusing Williamson County District Judge Ken Anderson, formerly the elected D.A. who was the lead prosecutor on the Morton case; Mike Davis, then an assistant D.A.; and current WilCo D.A. John Bradley of violating a host of ethical rules, an of participating in possible criminal acts, related to their alleged suppression and concealment of "evidence that tended to negate Mr. Morton's guilt."

Morton was convicted and sentenced to life in prison for the 1986 slaying of his wife Christine in the home the couple shared with their young son in Georgetown. Morton fought for years for DNA testing on what became a crucial piece of evidence, a bloody bandana found not far from the crime scene. Bradley actively fought against having that bandana tested, the grievance alleges. (You can read about Bradley's position on DNA testing in the case here.) As it turns out, the bandana contained a mixture of Christine's blood as well as the DNA of another man, Mark Alan Norwood, who earlier this month was charged with her murder. The DNA discovery led earlier this fall to Morton's exoneration, after spending a quarter-century behind bars. Norwood's DNA was also found at the scene of the 1988 murder in Austin of Debra Masters Baker – a murder that, had WilCo officials not been blinded by tunnel vision in the Morton case, could likely have been prevented.

Indeed, in addition to the bloody bandana from which DNA was finally extracted this summer, there was other significant evidence uncovered back in 1986 that also cast serious doubt on Morton's guilt – evidence that was never made available to Morton's defense. Among that evidence is a transcript of a conversation police had with Morton's mother-in-law, Rita Kirkpatrick, who reported that the Morton's young son, Eric, had described the man who had killed his mother. More damning, however, was a report from San Antonio two days after the murder that a woman had used Christine's credit card at a jewelry store; additionally, a relative of Christine's reported that a check he'd written to her shortly before her death had been endorsed and cashed by someone other than Christine. Neither piece of information – clearly within the scope of discovery that should have been provided to the defense – was ever turned over.

Whether the lawyers or police engaged in misconduct at the time of Morton's prosecution has been the subject of a limited investigation agreed to by the Bradley's office as part of Morton's exoneration proceedings. A deposition of Davis and of former Williamson County Sheriff's Sgt. Don Wood have been released; Wood claims not to remember much from that time period (he's had a series of strokes, he told Morton's lawyers), but Davis recalled that Anderson was in control of most of the evidence and that he told Davis recently that he certainly would've turned over whatever evidence he was required to turn over – if that didn't happen, Davis recalled Anderson telling him, Anderson said he would simply blame the oversight on Davis. (You can read more about Davis' deposition here.) Anderson's deposition has not yet been released.

The grievances argue that a variety of Texas Disciplinary Rules of Professional Conduct were violated by the three lawyers. Among the charges leveled against all three are that they violated the special responsibilities of a prosecutor, violated laws related to professional conduct, and engaged in obstruction of justice. Additionally, the group has alleged that Anderson and Bradley each engaged in dishonesty, deceit, fraud and misrepresentation; Bradley, they alleged also failed to report misconduct and aided in misconduct. Finally, the group also alleges that Bradley committed a crime by violating the Texas Open Meetings Act during his tenure as the chair of the Forensic Science Commission as it relates to the unrelated FSC inquiry into the Cameron Todd Willingham case. (You can read here about that alleged violation in a Q&A the Chron did with the documentarians who covered that case and were kept out of a public meeting by Bradley.)

The grievances contain a sharp and cutting indictment of the alleged actions of the three court officers that, if sustained could end in their disbarment. Indeed, in questioning Bradley's role in blocking, for several years, Morton's defenders' attempts to have the bandana tested for DNA, and refusal to turn over the transcript of Kirkpatrick's discussion with the Morton's then-three-year-old son Eric, Oliver pulls no punches: "Why in the world would a prosecutor oppose disclosing the truth? If a prosecutor cared about justice, about not imprisoning an innocent man, and about not allowing a guilty murderer to roam the streets, why would he fight to conceal evidence that would exonerate an innocent man?" she wrote. "Mr. Bradley seems to have been more concerned with concealing and covering up prosecutorial wrongdoing and preventing any possible adverse publicity for his office than in discovering the truth or seeing that justice was done," she continues. "If so, that is a heinous perversion of the criminal justice system and his conduct constitutes an extraordinary instance of unethical conduct that should be severely disciplined."

For his part, Bradley said in a statement circulated to some media that he's not engaged in any misconduct and is, apparently, free of any guilt: "I am not and never have been the target of any allegations. I just happen to be the D.A. responsible for cooperating in the release of Morton," he said, as posted by the Wilco Watchdog. "I am confident the public will see I behaved ethically and professionally under difficult circumstances." Bradley also took the opportunity to announce that he will run for re-election in 2012.

You can read the grievance against Bradley here.

You can read the grievance against Anderson here.

You can read the grievance against Davis here.

You can find more on the Texas Coalition on Lawyer Accountability here.