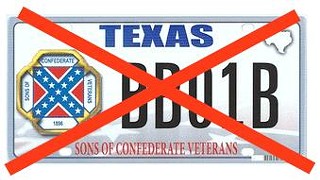 Bad luck, Johnny Reb. This morning the Texas Department of Motor Vehicles board rejected a request from the Sons of Confederate Veterans for a specialty license plate design carrying the Confederate battle flag.

The sons' request went from simply baffling to downright insulting back in October when Land Commissioner Jerry Patterson compared the Confederate troops to the Buffalo Soldiers. However, even Gov. Rick "Oops" Perry saw that this request looked too much like pandering to the neo-confederacy, telling the Houston Chronicle that "you don't need to scrape that wound again."

Rep. Garnet Coleman, D-Houston, has been one of the most vocal critics of the plan. Today he issued a statement, applauding the board and saying that he had opposed "the proposed plate because that symbol remains an offensive symbol to me and my constituents, one that harkens back to a time in American history when bigotry and enslavement were intertwined with our national identity."

Austin-based Progress Texas lead a petition campaign against the proposal, calling it "offensive to millions of Texans." After the board voted the measure down, Progress Texas executive director Matt Glazer said, "Talk about doing a 180." For months, the board had looked to be split down the middle on the issue, but voted a straight 8-0 this morning. "This really shows what the power of 30,000 people can do," Glazer said.

The fallout may continue: The Sons of Confederate Veterans are expected to challenge the denied request in the courts, but just as significant may be the impact on Patterson's aspirations to become lieutenant governor in 2014. 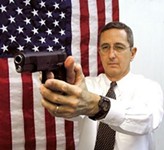 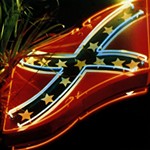