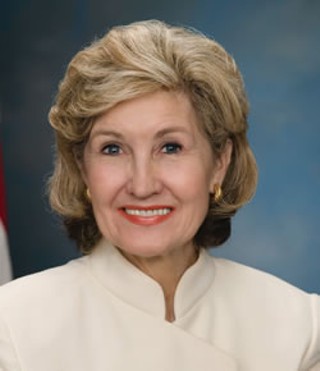 KBH: Fighting for the state's right to incarcerate

This week we have the GOP blocking a major crime bill, a Florida judge blocking mandatory drug testing, and medi-pot patients fight back.

GOP FIGHTING FOR THE RIGHT TO INCARCERATE:

Since last year, Virginia Dem Sen. Jim Webb has been leading the way for the feds to undertake a far-reaching review of the nation's criminal justice system, which would be the first such review in more than 40 years.

Although the measure earned bipartisan support last year, it didn't make it through to the president's desk – and now, after reintroduction (again, with bipartisan support), it's looking like the measure, S.306, again may die. You can thank Senate Republicans for that – including Texas' Sen. Kay Bailey Hutchison, who is among those trying to kill the measure as somehow encroaching on states' rights. "This is the most massive encroachment on states' rights I have ever seen in this body," she said earlier this month, as reported by the Drug Reform Coordination Network.

How exactly a measure to review the system and to make recommendations encroaches on states' rights is beyond me. Indeed, the initial measure – supported in 2010, it should be noted, by Austin's GOP Rep. Lamar Smith – sought to review a system that has grown like Topsy since the feds last reviewed it, in 1965. The U.S. has the highest incarceration rate in the world, and imprisons minorities at a disproportionate rate; 1 in 31 adults is on paper with the criminal justice system (a 290% increase over 1980) – many of whom are thus unable to vote, let alone to find a job. Leading the way toward this incredible expansion of incarceration is the punishment of drug offenders; since 1980, the number of drug offenders doing time has increased 1,200%. Gee, what could be worth looking at there?

NO DRUG TESTING FOR THE UNEMPLOYED:

Last week a federal judge in Florida put a hold on the state's bid to drug test all welfare applicants as a prerequisite to obtaining aid. The injunction will remain in place until the case can be resolved.

The law, which took effect in July, would require anyone applying for public assistance to first submit to drug testing. The Florida Justice Institute and ACLU of Florida sued – on behalf of Navy veteran Luis Lebron, who refused to submit to the testing – arguing that the state scheme violates the Fourth Amendment's ban on unlawful search and seizure. Last week federal District Judge Mary Scirven in Orlando agreed that their case has merit and issued the temporary injunction.

The state has argued that it should be allowed to test, in part because it argues that welfare recipients are more likely to use drugs, even though there isn't evidence to suggest that's the case. Moreover, the state likely could've told itself that: Florida lawmakers passed the bill even though a pilot project back in 2001 failed to uncover an evidence that the majority of welfare recipients were using drugs or to demonstrate that drug testing applicants somehow saves the state money. "[T]he empirical data to date has only demonstrated that 2 percent to 5.1 percent of Florida's [Temporary Assistance to Needy Families] applicants are drug users. Conversely, the data suggest that 94.9 to 98 percent are not drug users," Scirven wrote. "Yet, all must submit to suspicionless drug testing or forego receipt of TANF benefits."

Needless to say, Scirven wasn't impressed with the state's arguments. You can read her entire ruling here.

This is no small deal, considering that a number of other states have considered similar measures – including Texas. This year, Reps. Jodie Laubenberg, R-Parker, and Ken Legler, R-Pasadena, each filed similar legislation. Fortunately, neither made it out of committee.

Angry over the federal crackdown on medi-pot dispensaries in California, Americans for Safe Access on Thursday filed a federal lawsuit in San Francisco, claiming the Obama administration is attempting to subvert California law that legalized and regulates medi-pot. "ASA does not challenge the congressional authority to enact laws criminalizing the possession and/or control of marijuana, as this issue has been resolved in the government's favor by the United States Supreme Court," (in the Angel Raich case, which you can read more about here) reads the lawsuit. "Nor does ASA challenge the federal government's general authority to enforce its drug laws in the State of California. It is, rather, the government's tactics, and the unlawful assault on state sovereignty they represent, that form the gravamen of ASA's claim. Under the Tenth Amendment, the governmetn may not commandeer the law-making functions of the State or its subdivisions directly or indirectly through the selective enforcement of its drug laws."

Indeed, the lawsuit argues that is exactly what is happening in California, where U.S. attorneys have said they'll threaten property forfeiture against landlords leasing to storefront dispensaries that they believe are engaging in commerce that falls outside the state's medi-pot laws. Medi-mari advocates, however, see that the Obama administration has turned its back on promises made during the 2008 election, and in the year after Obama's election, to back off of strict enforcement in states where medi-pot is legal. Instead, the Dept. of Justice has become more bold in asserting federal drug laws, especially in California – and in particular have targeted municipalities where there are plans to allow large-scale growing operations. It is the same sort of tactics that the government has taken in the past, reads the lawsuit – including threatening medical licenses of doctors who recommend pot to their patients – actions that have ultimately failed. "The federal government's policy well-exceeds the mere displacement of state law with neutral enforcement of contrary federal law," reads the suit. "[I]nstead, it deliberately undermines the ability of California and its subdivisions to determine how to allocate their scare law enforcement resources by effectively forcing the State and its subdivisions to keep medical marijuana illegal, which also prevents localities from passing laws that augment the health of their citizens."

You can read the entire lawsuit here.