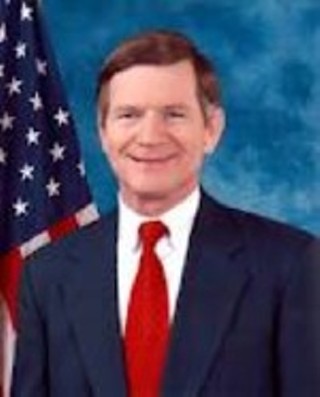 This week we've got a way to meet Rob Lowe and help people in rehab, the majority of folks support pot, Rep. Lamar Smith's plan for global domination, the Obama administration's war on medi-pot, and vetoing hemp in California. Enjoy!

Want to see Rob Lowe and help Austin parents in recovery? That's a can-do: On Nov. 8, Austin Recovery will host Lowe for an event at the ACL Moody theater with proceeds going to fund construction of Austin's new Family House, a place where mothers seeking treatment can go for services and bring their children with them.

Indeed, the lack of family-friendly residential treatment facilities is one of the key hurdles that keeps addict parents from seeking treatment, out of fear that children will be taken if they admit they have a problem. That's a real problem.

This is a very worthy project. You should give it your support. Tickets are almost gone, so get 'em today. Click here for more information.

The latest Gallup Poll reveals that 50% of Americans now support legalizing marijuana. This is a record high number since the question was first asked in 1969. Since 2005, Gallup reports that support for legalizing dope has increased in every demographic.

Unfortunately, the powers-the-be don't seem to give a crap.

KICKING UP THE WAR ON MEDI-POT:

California's federal prosecutors are mad – and they're not taking it anymore. Indeed, the four U.S. attorneys for the state announced earlier this month that they would be aggressively pursuing for-profit medi-pot dispensaries across the state. The state's law doesn't provide for pot profits, they said during a Sacramento presser, and they're going to shut down those operations.

The news represents a ratcheting up of the war on pot by the Obama administration, which previously said that it would lay off users and sellers operating within state law. Ostensibly, the new action is in keeping with that promise – but that's not exactly how many medi-pot advocates see things, including San Francisco Dem state Sen. Mark Leno, a vocal supporter of legal medi-pot. "The concern here is that the intimidation factor will directly impact safe and affordable access," he told the Los Angeles Times. Other drug-law reformers see this new move as even more heavy-handed than the anti-medi-pot policies of former President George W. Bush. "From a political perspective, it's hard to see how this serves Obama," Ethan Nadelmann, director of the Drug Policy Alliance told the daily. "It feels like it's being driven by law enforcement and anti-drug folks." I think you can almost guarantee that's the case.

ndeed, under Bush, federal law enforcers pursued a strategy the Cali attorneys now say they'll be using: targeting landlords renting to dispensaries for civil forfeiture. Under Bush the feds didn't exactly follow through with the takings – but now, the federal attorneys say they will do so. "That hits right in the sweet spot because it deals with money," said U.S. Attorney Andre Birotte. Letters went out this week informing landlords that they may lose their property if they don't evict medi-pot business tenants within 45 days, reports the San Diego Union-Tribune.

While it's true that local officials have been nail biting over the proliferation of dispensaries across California, and particularly in Los Angeles, the turnaround by the feds, seemingly now clamoring for their jackboots, is troubling to advocates who say that it might've been a better strategy for the feds to try to help solve the problem created by differences in state laws – such as laws regulating medi-pot – and federal law – which still sees pot as a dangerous drug with no approved medical use whatsoever.

Interestingly, last month the RAND Corporation released a technical report demonstrating that crime increased in areas around dispensaries that had been shut down. That paper was pulled by the think-tank, however – "pending further review," according to their website – after critics of the study, including the Los Angeles city attorney's office, complained that the group had not demonstrated that they knew the dispensaries in question had actually closed when they were supposed to, pursuant to a city-wide crackdown, and that looking just at 10 days worth of crime wasn't a sufficient study period. A spokesman told the Reefer Roundup that the study is still under review; at this writing, the report remains unavailable.

LAMAR SMITH WANTS TO EXPORT THE U.S. WAR ON DRUGS:

House lawmakers have given a nod of approval for a bill that would allow federal prosecutors to charge U.S. citizens with drug crimes for actions taken outside the U.S., even when those actions – like, say, smoking pot in Amsterdam – are legal in the country where they take place, reports the Drug Reform Coordination Network.

Ostensibly, the point is to make it a crime to plot drug trafficking activities here and then carry them out abroad, and is meant as a clean-up measure to give U.S. drug laws extraterritorial rein. The problem, of course, is that, as with most federal drug laws, it isn't the kingpins that get caught in the net. Indeed, it is often street-level dealers or users that are picked up and charged with violation of federal drug statutes, so there's no reason to believe that closing this "loophole," as Smith put it, would actually do anything more than give the feds a reason to poke around into the lives of travelers to certain destinations abroad.

"Under this bill, if a young couple plans a wedding in Amsterdam, and as part of the wedding, they plan to buy the bridal party some marijuana, they would be subject to prosecution, the Drug Policy Alliance's Bill Piper told the Huffington Post. "The strange thing is that the purchase of and smoking the marijuana while you're there wouldn't be illegal. But this law would make planning the wedding from the US a federal crime."

Nonetheless, the bill was voted out of committee earlier this month on a 20-7 vote.

In an unexpected twist, California Gov. Jerry Brown has vetoed a bill that would reauthorize and regulate industrial hemp farming in the Golden State. The bill was considered a no-brainer to become law, but citing the "absurd" federal ban on hemp farming, Brown decided to can the measure, which would have authorized farming the non-narcotic sister to marijuana in four Cali counties. Brown said that he supports a change in federal law to allow hemp cultivation, but that until that happens he won't move to make anything actually happen.

San Fran's Sen. Mark Leno, the author of the rejected measure told the Bakersfield Californian that Brown's reasoning was weak. "The governor supports the production of medical marijuana – that's no less illegal under federal law," he said. "Why wouldn't we want to pass another law to help California farms grow another cannabis sativa plant – one that's not even a drug?"