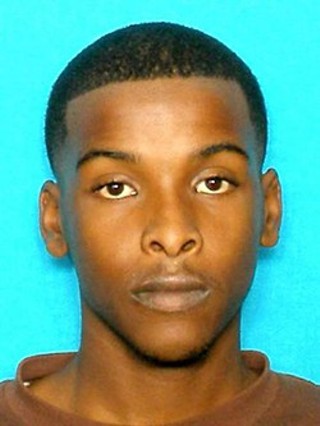 The family of Byron Carter, the 20-year-old man killed during a May police shooting, today filed a federal civil rights lawsuit against the shooter, Austin Police Officer Nathan Wagner, and the city of Austin.

The suit alleges that Wagner used excessive force when, on May 30, he shot and killed Carter, the passenger in a car parked near Downtown. The city was complicit in denying Carter's civil rights, claim the Carters, by failing to adequately train and supervise APD's officers, and by employing "deadly force disproportionately against minorities," among other failings.

According to the APD, on the night of May 30, Wagner and his bike-beat partner, Officer Jeffrey Rodriguez, spied Carter and his 16-year-old friend (who has not been named because of his age) casing a residential area just east of I-35, possibly looking to steal a car. The cops followed the pair but at some point lost sight of them, police have said. When the cops saw the pair again, it was just before the teen deliberately drove a vehicle the two were in toward Rodriguez, pinning him against a parked car on Eighth Street. Fearing for his partner's life, police have said, Wagner fired several shot into the car, wounding the teen driver and killing Carter.

That is not at all how the lawsuit filed today by Carter family attorney Adam Loewy characterizes the deadly encounter. Instead, he argues that the deadly scene was caused by cops who decided the pair were up to no good and killed without cause.

Indeed, according to the initial pleading, Carter and the teen took the 16-year-old's car Downtown that night to meet friends. At roughly 11pm they walked back to the car, just East of I-35, to head home. "Unbeknownst" to Carter and his friend, reads the lawsuit, they were being followed by APD Officers Wagner and Rodriguez – but not because they were casing the parked cars, the lawsuit argues, but "simply because they were young, African-American males in a gentrified part of downtown Austin."

Still unaware they were being followed, the pair got into the car, the suit alleges, and were beginning to pull away from the curb when "out of nowhere, and from a dimly lit area," Wagner and Rodriguez ran "up to the car with their guns drawn." Neither officer identified themselves as police, reads the pleading, and instead, "without any warning whatsoever" Wagner opened fire into the car, striking Carter "repeatedly in the head and body."

Unfortunately, this is not an isolated incident, the lawsuit reads. Instead, it is another killing in a string of "unjustified shootings against African-American males" that Loewy terms a "systemic problem" that places Austin out of step with other cities of similar size and demographic makeup.

Although the teen was initially charged with aggravated assault of a police officer, a Travis County grand jury last week declined to indict him on any charges in connection with the shooting incident.

Wagner is being sued personally for using excessive force during the encounter that ended in Carter's death. The city has been named as responsible for violating Carter's rights by failing to adequately train, supervise, and investigate officers "regarding their use of force"; for employing "excessive force against minorities" – and in particular for employing deadly force "disproportionately" against minorities; and for employing "inadequate warning systems to discipline and/or weed out potentially dangerous officers." The city has been aware of these shortcomings, the suit continues, but has repeatedly failed to address them, placing officers "in recurring situations in which the constitutional violations described within this complaint would result. Accordingly, these policies also made it highly predictable that the particular violations alleged here would result."

The APD investigation into the incident remains ongoing, yet Loewy says he felt compelled to file suit now because he says the city has failed to provide any information to Carter's family about the death of their son – in part by blocking the family's attempts to obtain a copy of Carter's autopsy report. "We have repeatedly asked the City, District Attorney [Rosemary Lehmberg] and Police Monitor [Margo Frasier] to explain why Byron was killed and they have all refused to talk to us or give us any information," Loewy wrote in an email. "That is unacceptable. My clients deserve to know why their son was killed and we are confident this lawsuit will provide answers."