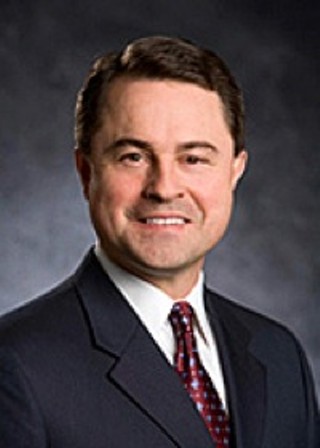 This week we've got news from a particularly odd press conference hosted by Ag Commissioner Todd Staples, a running tally of pot arrests, and more!

By the time you finish reading this item, two pot smokers will have been arrested. That's right, by looking at last year's dope arrests – as compiled by the FBI as part of their annual uniform crime reporting program – the folks from Law Enforcement Against Prohibition have calculated that one pot smoker is arrested every 19 seconds.

Considering that the number of pot arrests has hovered in the 700,000- to 800,000-per-year range for nearly a decade – the vast majority of them for possession only – I think it's probably safe to say that marijuana use is not a "problem" we can arrest our way out of. But I'm sure we'll keep trying.

If you haven't yet heard the news, cozy up, because it's quite a tale: According to a report commissioned by Staples and prepared by Ret. Gen. Barry McCaffrey – who served as the nation's drug czar under former President Bill Clinton – and Ret. Maj. Gen. Bob Scales – of U.S. Army War College fame – drug traffickers are hell bent on seizing Texas – or at least a one-county wide "sanitary" zone inside the border, a place where they (supposedly) can avoid law enforcement and more easily move drugs into Texas and beyond, into the nation's "heartland," as Scales put it during the presser. To wit, the current situation on the border represents a real "threat" to our "national sovereignty," Staples said. Very dramatic.

People are dying in droves along the border – victims of drug runners and coyotes – found dead in the desert, many whose bodies show signs of violence or sexual assault, one Brooks County rancher said – a "fact" seized upon by McCaffrey who spoke of "hundreds" of people being killed on the Texas side of the border every year. Sure, the report is based primarily on anecdotal evidence, but that's not a problem, said Scales, because it is a known fact that anecdotes precede statistical evidence by at least six months.

So, apparently we should act now to militarize the border and expect that the evidence to support the move will show up within the next year.

It was an odd press conference, to say the least. And, frankly, I'm not sure what to make of it. Is there a drug trafficking problem along the border? Of course. But exactly how much so-called "spillover" violence is there? Seems to me, devising an actual study with real numbers might be of more help in determining how to handle the issue. For sure, we know that simply putting up a fence won't do the trick – a fact that officials in Cameron County recently acknowledged, noting that drug trafficking has actually increased since the fence was built, though those assembled at the Staples-led presser seemed to think the border fence is a part of the frontier lawlessness "solution." And as it turns out, having a bunch of law enforcement along the border to make arrests and seize drugs isn't exactly making a dent in the problem either – at least that's what the U.S. Customs and Border Patrol's Office of Intelligence and Operations Coordination wrote in a memo forwarded to Reefer last month by the folks at LEAP. Nor, apparently has the Congressional Research Service found evidence of wide ranging spillover violence along Texas' border; neither FBI nor Texas Department of Public Safety numbers support the raging fear-mongering of Staples and cast.

(Per the LEAP calculation, by now an additional six pot smokers have been arrested.)

WHEN ONE HAND DOESN'T KNOW WHAT THE OTHER IS DOING:

Of course it's sort of hard to eradicate drugs when some of your own are actually trafficking in them, right? Case in point: According to the Hartford (Conn.) Courant, federal agents in September charged three Transportation Security Administration officers, two cops, and 13 drug dealers in Florida, New York and Connecticut for their roles in a drug ring that protected shipments of thousands of oxycodone pills en route from Florida to Connecticut. "In these times, no one needs to be reminded about how dangerous it is when officers who have sworn to uphold the law accept money to 'look the other way,' Connecticut U.S. Attorney David B. Fein told the daily.

(Add another pot smoker to our running total of arrestees.)

NO GUNS FOR YOU:

Also on the fed front, the U.S. Department of Justice's Bureau of Alcohol, Tobacco, Firearms and Explosives, has drafted a memo to licensed firearms sellers informing them that medi-pot patients are not legally allowed to possess firearms – putting patients on par with felons and the demonstrably drug addicted. "[A]ny person who uses or is addicted to marijuana, regardless of whether his or her State has passed legislation authorizing marijuana use for medicinal purposes, is an unlawful user of or addicted to a controlled substance, and is prohibited by Federal law from possessing firearms or ammunition," Arthur Herbert, assistant director of enforcement programs and services, wrote in the one-page memo.

You can read the memo here.

(Add another pot smoker to lock-up. Our tally for this Reefer Roundup: Nine.)