Welcome to the Roadrunner Network 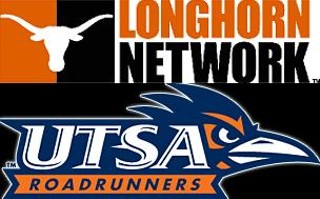 Confirming a week-old rumor, today the Longhorn Network announced that it will be carrying the next five UTSA home games at the Alamodome, starting this weekend.

In a press release, Longhorn Network vice-president of programming Dave Brown said, "The addition of UTSA football games further enhances our college football offerings and provides great content for sports fans in the state of Texas."

Which is all well and good, but last time we checked the Roadrunners are not the Longhorns. The network only has two UT football games (last weekend's Rice and the Kansas game on Oct. 29) and is still a long way to locking in its contractually required non-athletics programming. The Longhorn Network has still not acquired a major cable carrier within Austin, either.

But, most importantly, it raises serious questions about how far the network has shifted from its originally announced remit of being "the nation's largest 24-hour television network dedicated to covering a university's intercollegiate athletics, music, cultural arts and academics programs."

Here is the full schedule of UTSA games to be carried by the Longhorn Network: 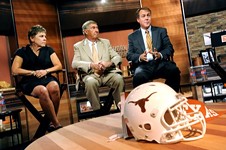