Stops implementation of law for now 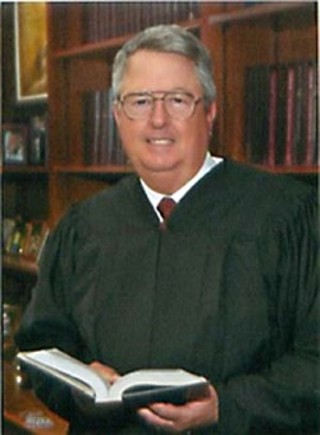 The two-page order order bars the state from giving full effect to the law until the larger case brought by the Center for Reproductive Rights, on behalf of a group of Texas doctors, can be decided. The doctors argue that the law is unconstitutional.

You can read more about this summer's hearing in the case, here.

And you can read about Sparks' earlier efforts to keep the case from turning into a political circus, here.

Sparks' larger opinion in the case concludes, in part, that the new law does "not compel physicians to apprise women of the risks inherent in abortion, inform the women of available alternatives, and facilitate access to additional information if the women wish to review it before making their decisions," he wrote, because Texas law already provides for such informed consent. "Instead, the Act compels physicians to advance an ideological agenda with which they may not agree, regardless of any medical necessity, and irrespective of whether the pregnant women wish to listen." Because the state failed to provide proof that the new law "furthers a compelling government interest, or that it is narrowly tailored to advance that interest," Sparks concluded that the "compelled" speech requirements in the law – including that the doctor describe fetal development to the woman – are unconstitutional violations of the First Amendment.

Sparks' ruling also certifies the case as a class action and has enjoined the state from enforcing any portions of the law that would violate his findings.

The full opinion can be found here.

Not surprisingly, CRR was pleased with the ruling. "Today's ruling is a huge victory for women in Texas and a clear signal to the state legislature that it went too far when it passed this law," Nancy Northup, CRR's president and CEO said in a press release. "Politicians have no business telling doctors how to practice medicine or meddling in women's private medical decisions."

(This post was updated Tuesday evening to include additional details, Sparks' larger opinion in the case, and comments from Nancy Northup.)