Sanders settlement, elections, WTP4 and other items of actual import

Where to even start? Yesterday’s City Council meeting included settlement of the Nathaniel Sanders II and Sir Smith cases, discussion of when to hold the city’s next election, and the City Hall circus sideshow. And if that ain’t enough, now we have cost estimates for mothballing WTP4. We hit it all after the jump. 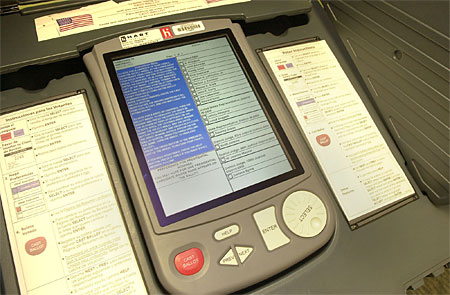 Elections have consequences. (Photo by John Anderson)
The Sanders saga came to an anticlimactic end yesterday, with council approving a $750,000 settlement with Sanders’ family, and a $175,000 settlement with Sir Smith, who was also shot by former cop Leonardo Quintana when he fatally wounded Sanders in 2009.

The item’s appearance early in the day surprised many City Hall watchers bracing for a long night (called, apparently, so Mayor Pro Tem Sheryl Cole could vote before she temporarily left the dais that day). Cole emphasized the need to move forward, and reiterated her statements that a trial wasn’t “a risk we should take.” Lee Leffingwell and Mike Martinez – who had previously voted against settlement – continued their opposition, although (likely due to the basic arithmetic dictating the measure would pass) either refrained from speaking or finished quickly. Reversing his previous stance against settling was Chris Riley, who joined the majority. He noted that while the murky circumstances surrounding the case hadn’t changed, the city’s legal posture had; the Sir Smith settlement – which was “an ongoing concern” last year when the Sanders settlement first came to council – was now eligible for settlement the same day. With that, he said, “I’m persuaded we are going to have put old wounds behind us, and move forward as a community.”

The vote on the Sanders settlement was 5-2, with Leffingwell and Martinez voting no. Council later voted 6-0, Cole off the dais, to settle Sir Smith’s lawsuit at a comparatively less-expensive $175,000. Martinez iterated he remained “opposed in principle” to the settlement, but voted yea anyway, citing the low cost of the agreement.

… Election? When? Huh? Council head from elections attorney Sydney Falk yesterday on the cost of preserving a May 2012 council election versus a November contest, the quandary imposed by SB 100, the senate bill that reorganized federal spring primaries and runoffs, clustering the elections potentially impossibly close to a May municipal election.

Falk posited a number of scenarios, ranging in cost from basically what we pay now ($ 1million, in the Nov. 2012, county-assisted option) to nearly $7 million (including assistance from elections company Hart InterCivic. Despite the issues’ enormity, council doesn’t have the luxury of time: Even if the city preserved the May election date, a change from their partnership with the county might still require Department of Justice pre-clearance, a process which could take 60 days. Leffingwell noted that if May candidates can declare as soon as November, and even initiate the process for a run prior to that, backing up 60-days from then puts council “in that time frame now.” (He later added that a November election – his preferred scenario – has “no time-crunch problems.”)

Conversation ended with the recognition of needing to act quickly, but not much else. Bill Spelman called for a meeting with public comment, but that was about it. And if that wasn’t sufficient, an additional subtext centered on whether SB 100 – which, recognizing the quandary it put many cities in, allows for city elections to me pushed back six months by simple majority vote – was in conflict with the city charter. As Falk told council, there’s still a question as to whether SB 100 “does what it says it does.” Most definitely to be continued …

… And if that ain’t enough: Today the city released the estimates from contractor CDM tabulating the 5-year and 10-year costs of mothballing Water Treatment Plant No. 4. The respective totals are $138 million and $206 million. A $79 million simple construction shutdown cost and $12 million in legal fees is tabulated in both scenarios, with the bulk of the differences comprised of restart costs:

You can download the report here. If ya see anything particularly interesting, let us know.

… Lotsa chatter about Leffingwell’s citizen speaker smackdown yesterday. There’s some YouTube videos floating around (with, shall we say, several intriguing comments) of tense moments from yesterday’s meeting, including the ejections of John Bush and Ronnie “Reeferseed” Gjemre. The Hustle is decidedly agnostic on the speaker rule changes at council (which, it should be note, can be waived or altered at any point in time). But having just scratched the surface on the three issues above – matters of actual importance that impact people’s lives and the direction we take as a city – we’re not wringing our hands over council’s decision to truncate the amount of time certain speakers can waste to only nine minutes per meeting.