But the war on women's health continues 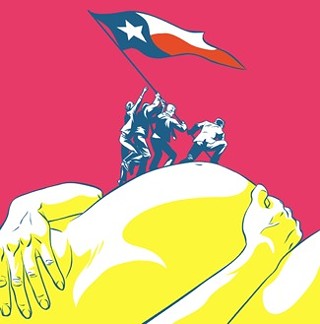 The war on women's health continues

A report by the Health and Human Services Commission released this week reveals that the Women's Health Program saved the state $20 million in state expenditures in 2009, and reduced unplanned, Medicaid-paid births by 6,721.

Still, whether that will remain the case in years to come remains to be seen: Severe cuts to the state's family planning program threaten to shutter clinics around the state; and a plan to cut Planned Parenthood from providing services under the WHP could mean the successful program, saving the state millions in Medicaid costs each year, could be crippled.

The WHP, a Medicaid-waiver program designed to offer women access to reproductive health and family planning services that they wouldn't otherwise have access to unless they were to become pregnant, was begun in 2007 as a five-year demonstration project. This is no small thing since the majority of the state's births are paid for by Medicaid; in 2009 alone, these births cost the state $2.7 billion.

Lawmakers this spring authorized the WHP to continue beyond the demonstration period, but now will not allow the participation of Planned Parenthood – in 2008 the single largest provider of WHP services – because lawmakers are unhappy that some of the nonprofit's clinics also provide legally-protected abortion care, though no abortion services are provided with state or federal funds.

The move to push PP out of providing services to WHP clinics is backed by a legal opinion from Attorney General Greg Abbott, who opined that cutting out the provider would not violated any federal laws. Of course, whether the feds will allow the program to continue with the new restriction remains to be seen. Since the demonstration program is set to expire at the end of the year, the state must again apply for the waiver. It is unclear whether it would be approved with the addition of the new restriction that would exclude a particular provider because the state dislikes a legally-protected portion of its business.

And, if that's the case, it seems unlikely that the WHP – and its benefit to the state's coffers – would continue. If a more restrictive WHP does survive federal scrutiny it is still likely that the landscape of providers will shrink even further, given that many smaller providers who sustain their business on the pass-through of federal funding for family planning services are facing an uncertain future because of the massive cuts to women's health care approved this spring by state lawmakers. (Although the new fiscal year begins Sept. 1, at this writing the Department of State Health Services had not yet notified contractors with the amount of funding they will receive for next year.)

Indeed, according to the new HHSC report released this week, the vast majority of WHP clients seen in 2010 – 80,430 of the unduplicated 103, 281 clients who services were paid for by the program – were seen by family planning clinics, including Planned Parenthood.

For more on the assault on women's health care by Texas lawmakers, see our April story "The War on Women's Health."