Who Pays For Police Union Work? 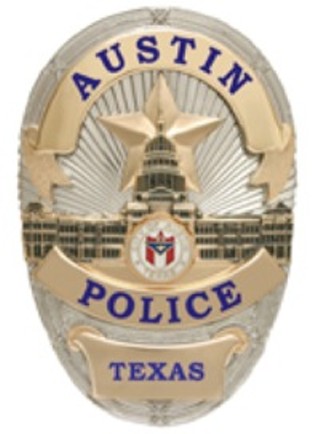 Last week two Austin Police Department officers, Cpls. John Coffey and George Jackoskie, filed a grievance with their union, the Austin Police Association, arguing that the union and city have broken the police contract by paying a member to be off the beat and working on statewide union issues.

On Friday, the union rejected the grievance – ruling that it wasn't filed soon enough – but the officers' concerns have already had impact at City Hall and leave open the question whether union leave time has been appropriately used.

At issue is a pool of time funded by the city of Austin (via contributions of APD officers' sick leave) that provides for "Association Business Leave" – created by the collective bargaining agreement between the union and the city – in order to pay the salaries of local union officials whenever they are attending to the business of the APA, a union of some 1,600 members.

Although the union board has now dismissed the complaint, Coffey and Jackoskie, among others, remain concerned that the use of full-time ABL by one APA member, Sgt. Todd Harrison, has actually created a contract violation. The problem, they allege, is that Harrison hasn't been taking ABL time solely to work on "association business," as the contract provides, but has been using full-time ABL in order to work for the statewide union, the Combined Law Enforcement Associations of Texas, to which Harrison was elected president in 2009. "It is the understanding of members that [Harrison] is on ABL while fulfilling his duties as the elected president of CLEAT on a full-time basis," Coffey and Jackoskie wrote. "This has been occurring for all of 2010 and 2011 up to the present. Working at CLEAT is not APA business and the only time specifically permitted to be used for any function at CLEAT is [when APA members attend] CLEAT's state convention."

According to the contract, full-time ABL is reserved only for the APA president, currently Sgt. Wayne Vincent; but there is some discretion for the president to ask, and for the APD chief (now Art Acevedo) to allow, for additional officers to be off on ABL for APA business.

CLEAT and the APA have a symbiotic relationship. The APA is a member of CLEAT, an umbrella union organization that lobbies for better working conditions for cops across the state both at the Texas Capitol and in Washington, D.C.; provides training for officers statewide, advocates for training standards; and, importantly, provides member unions, like the APA, access to quality legal representation when officers are subject to internal investigations and disciplinary actions.

To Vincent and Harrison – and, largely, also to Acevedo – much of CLEAT's work is indeed of benefit to the APA, if not directly. For starters, it is an advantage for Austin to have the statewide union president be from Austin. "The huge benefit to Austin police officers is when Todd Harrison is at the table in Washington, D.C., or in high-level statewide meetings, he is speaking from the perspective of the Austin police officer. Those are invaluable benefits to the Austin Police Association," says Vincent. Moreover, Harrison and Acevedo argue that working to improve working standards and professionalism of police agencies across the state raises the level of professionalism for all police in Texas, an obvious benefit to Austin cops. "Anything that CLEAT does to professionalize" policing across the state is "positive for Austin," says Acevedo.

Still, the ABL-related grievance has had an immediate effect; Acevedo (in an Aug. 4 memo) recalled Harrison to full-time APD duty, and prompted both the chief and Assistant City Manager Mike McDonald to call for new standards governing the use of ABL time.

Is the use of ABL time for Harrison a violation of the city police contract? Or is the uplifting of all police boats a reasonable and modest expense for Austin cops and, ultimately, worthy of taxpayer funding? And, importantly, how in the hell did this mess get started?

All these questions – and more – answered in the next print edition of the Austin Chronicle, on newsstands Aug. 11.