No charges against deceased assailant or widow 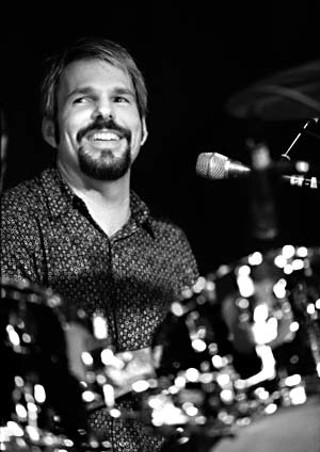 A Travis County grand jury has declined to hand down charges related to the death in December of legendary Austin drummer Bill Maddox.

Maddox was killed in his home in far Southwest Austin in December after a neighbor, John DeBrecht, broke into the home Maddox shared with his wife, Rhonda.

Once in the home, DeBrecht attacked Rhonda; in an attempt to stop him, Rhonda shot DeBrecht in the shoulder, reports Travis County Sheriff spokesman Roger Wade. DeBrecht, who lived a half-mile from the Maddox home in the sleepy enclave of Scenic Brook, just past Oak Hill off Highway 290, but who was not known by the couple, continued to try to attack Rhonda by attempting to get past Bill who was blocking his wife from DeBrecht's advances. A scuffle ensued; Rhonda somehow lost the gun and DeBrecht ended up with it. As the two men continued the scuffle, the gun went off; Maddox was hit. Maddox and Debrecht ended up tumbling down a flight of stairs, and at some point DeBrecht hit his head. Maddox died at the scene; three days later DeBrecht died in the hospital, but whether DeBrecht's death was a direct result of the head wound wasn't clear, Wade said.

More on Maddox's extraordinary musical life can be found here.