Celebrate Reproductive Rights While You Can

A Planned Parenthood benefit party and props for Jordan Smith 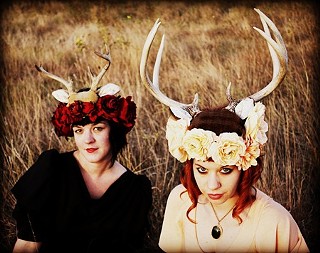 With Chron writer Jordan Smith winning a reporting award from Planned Parenthood and a sure-to-be-outrageously-entertaining upcoming benefit for that tireless guardian of reproductive rights, it could be a week for guarded optimism.

Second, you should go to Saturday night's Planned Parenthood benefit at the Volstead Lounge (1500 E. Sixth) in her honor. Also because: YellowFever, Agent Ribbons, Rebecca Havemeyer and Drunk Dial ladies, whaaa? It's going to be incredible.

AUSTIN, TX, Wednesday, July 6, 2011 – Austin Chronicle staff writer Jordan Smith has been selected to receive the 2011 Planned Parenthood Federation of America (PPFA) Maggie Award. This award in the category of Daily/Weekly Print Reporting is to honor Smith’s Austin Chronicle piece, “The War on Women’s Health”(April 22, 2011) which examined the potential negative consequences of the legislative attacks on women’s health in Texas.

“I am honored to have our work recognized by the Planned Parenthood Federation of America. A Maggie Award means that we accomplished what we set out to do: Explain what impact the political decision to cut millions from the state's budget for providing basic reproductive and preventative health services for low-income and uninsured women in the state would have on all Texas women and families. Driving this funding cut was a political dislike of Planned Parenthood. The decision to cut the money from family planning and reproductive health services was meant as a stab to Planned Parenthood – in an effort to put the nonprofit out of business. But what we have learned, and what the story sought to explain, is that in trying to do harm to Planned Parenthood, the state is jeopardizing the future health and well-being of hundreds of thousands of Texas women,” states Maggie Award recipient, Jordan Smith.

Smith will be on-hand to accept her award in Washington, DC on July 15 with other Maggie Award recipients.

Austin Chronicle Politics Editor, Michael King elaborates, “Jordan Smith has been covering women's health care issues in Texas for several years, but this year has been crucial, because of radical legislative cutbacks on health care in the just-concluded 82nd session of the Texas Legislature. Although the cuts (especially to Planned Parenthood) have been politically justified for both financial and ideological (anti-abortion) reasons, Smith has exhaustively reported how the cuts will devastate comprehensive health care for hundreds of thousands of women, undermine public health in general and pre-natal care, and paradoxically increase the number of abortions. It's an outrageous story, brilliantly told.”

The Austin Chronicle celebrates 30 years as Austin's independent news source, covering music, film, arts, and politics, with more than 194,800 readers a week in the greater Austin metropolitan area. The Chronicle is the eloquent and incisive voice of the city, expressing the community’s political and environmental concerns and supporting its active cultural scene. The Austin Chronicle is available at over 1,900 locations every Thursday. For more information, go to austinchronicle.com.