After a decade of waiting, there's somewhere to skate Downtown 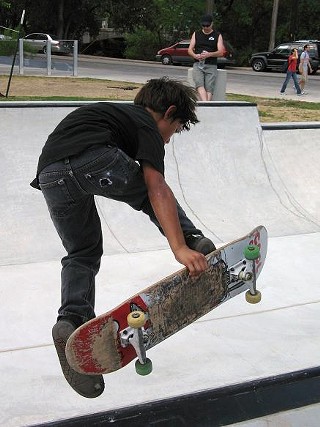 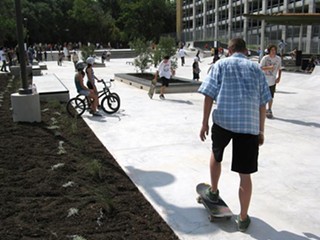 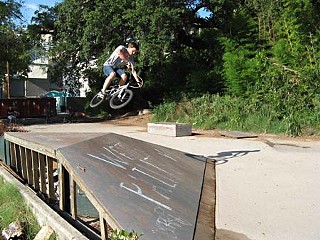 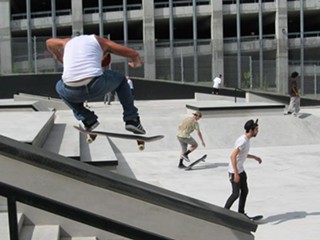 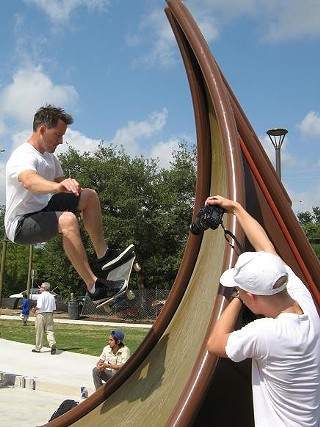 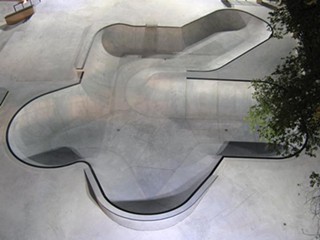 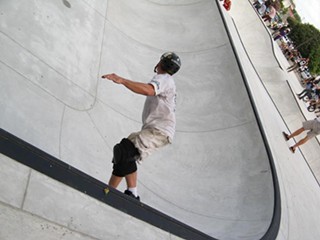 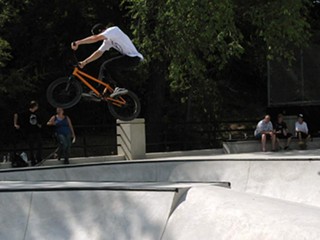 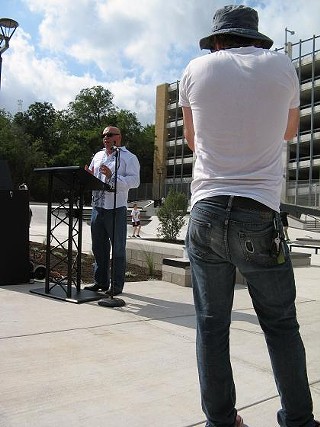 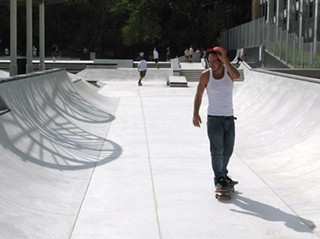 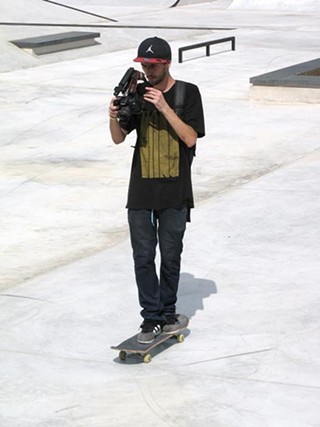 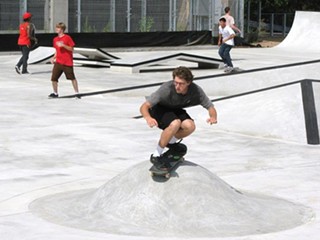 A young skateboarder gets to break in the half pipe at the Austin BMX & Skate Park, June 16, 2011 (Photo by Richard Whittaker)

What can get a couple of hundred skaters and BMXers out in the blazing sun on a June morning? The opening of the city's new Austin Skate & BMX Park. While that may not sound a big deal to some, this 'lambs lying down with lions' moment marks a pivotal step for the Central Texas action sports community.

The 30,000 square foot park, complete with bowl, half-pipe, ramps and grinding boxes, is the culmination of the decade-old dream of having a large-scale facility in downtown Austin: Closer than the Cedar Park Skate Park, and not restricted to boarders or BMXers only, like Austin's Mabel Davis. The mixed-use facility was under a lot of wheels and a lot of scrutiny almost immediately after Mayor Lee Leffingwell and Mayor Pro-Tem Mike Martinez cut the ribbon yesterday, and the first responses seemed pretty positive.

What the large crowd proved was that there is a huge demand from the skate and BMX communities (or maybe, locally, that should now just be community, singular.) Martinez suggested that this could soon become as popular a spot as Barton Springs: The big difference is that there will only be one Barton Springs, and the original city plan calls for three parks. Even with Mabel Davis, this opening only makes two, so the question now is when the third park happens.

Click on the image to see our gallery of shots from the opening day.

Oops As our eagle-eyed reader JS3 noted, and as we missed out, the address is 1213 Shoal Creek, just off North Lamar, near AISD House Park and the ACC Rio Grande Campus car park. The park is free and open 5am-10pm daily: Plastic pegs on bikes are the rule, pads and helmets recommended. 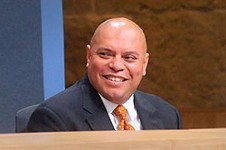 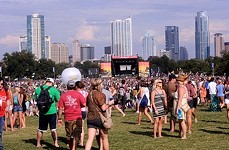