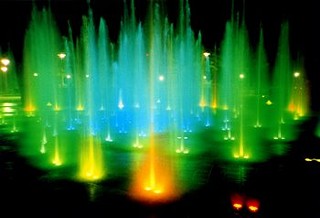 City Council gets together this Thursday. Just your usual council action on the agenda: discussing an international racing contest; historic designation for a couple deceased occultists' home; and placing a giant statue of Willie Nelson downtown.

Item 5: Agreeing to installation of a seven-foot bronze statue of Willie Nelson at 200 Lavaca. The work is a donation from Capital Area Statues, who also brought us the Philosophers' Rock statue at Barton Springs, and the Angelina Eberly statue at Sixth and Congress.

Item 6: Selecting artist Brad J. Goldberg for the Betty Dunkerley Campus Art in Public Places project. (He looks good, but we're bummed they didn't pick up on our vision.)

Item 9: This should be a doozy: “Discussion regarding Formula One Management’s selection of Austin as the location for the Formula 1 United States Grand Prix; City participation in the Major Events Trust Fund to support the event; and other related matters.” Council is also being briefed on F1 at their work session this morning, which will likely be a juicier conversation. It's worth noting that any F1 decision won't come until after the Place 3 run-off, where challenger Kathie Tovo's made the race a campaign centerpiece.

Item 14: “Presentation, discussion and possible adjustments to staff draft districting plans.” Mayor Lee Leffingwell tells the Hustle “we're gonna start seeing some possible ways [single-member] districts look,” with some six and eight-district permutations possible. “It allows us to have a discussion on what districts may look like.”

Item 39: Item from lead sponsor Chris Riley (and Laura Morison) amending the city's sound ordinances “relating to noise from refrigerated vehicles.” Basically, no ice-making or refrigeration from 7pm to 6am “if noise or sound originating from the vehicle or any associated equipment (such as an engine or generator, equipment, attachment, trailer or device) is audible or causes vibration at a residence,” some exceptions permitting.

Item 41: Per neighbor complaints about leaving Butler Park unfinished, a resolution from Leffingwell and Morrison calling on the city manager to “complete a park master plan for the area bounded by South First Street, Barton Springs Road, Lady Bird Lake, and the Union Pacific railroad line, excluding the Long Center tract.” It also requests a funding options “consistent with the completed master plan, including an option utilizing only motor vehicle rental tax revenue” – which was thought initially to fund the park; and calling for additional parking options in the area. (Because no self-respected neighborhood activist would be caught dead parking at the Park PUD, amirite?)

Item 42: Again, from the odd couple of Morrison and Riley, a resolution supporting H.R. 1746, the Community Access Preservation Act. The federal bill allows local government channels (like Channel 6) and local access channels to use franchise fees to cover operating expenses in addition to capital (start-up and improvement) costs.

Item 43: From Sheryl Cole, Morrison, and Bill Spelman, an item creating a Committee on Geographic Representation. Each council member would have two appointees, and the mayor three, for a 15 person committee. “The Committee shall begin its work as soon as all members are appointed and shall work expeditiously with the goal of recommending amendments for consideration by the City Council by August 18, 2011,” reads the draft resolution, although that's subject to change should the election not be held by November 2011.

Items 49-55: The meeting's zoning agenda comes with one historic zoning request for a Mediterranean Revival villa on Edgecliff Terrace, overlooking Riverside Drive. Previous inhabitants were Robert and Helena Ziller. Aside from being early friends of Town Lake Animal Shelter, the two were “noted spiritualists,” according to staff's write-up:

August Ziller was a Christian Scientist and raised his only child, Robert in the faith. Robert, however, began his own spiritual journey, and after wandering too far from the fold, was personally ex-communicated by Mary Baker Eddy, the founder of Christian Science, and a personal friend of the family. … Helena Layne Ziller was a Tennessee-born opera singer who shared Robert’s spiritualism. She believed she had communications with the dead, and transcribed many conversations with those who had passed over. … After Robert's death in 1961, Helena continued to live in the house, which she shared with her widowed sister-in-law and a lady friend, who worked as the receptionist at the Humane Society. She was a known “character” in Austin long before the city began to celebrate its weirdness, her yellow Corvette, red hair, and leopard-skin clothing adding to her legend. After her death in 1973, her sister-in-law, who was a beneficiary of a life-estate interest, lived here until 1990, when the house went to the Scottish Rite Temple, as had been stipulated in Robert Ziller’s will.

I'd be scared to vote against this one.

Item 57: Among the public hearings, a resolution to change E. 481/2 to Gene Johnson Street, per the historic nearby garage on Airport Blvd.