Another Wrongful Identification And No End In Sight

Another man goes free in Dallas 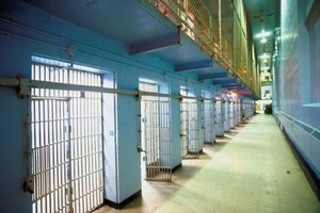 Tomorrow, May 12, the state will record its 45th DNA exoneration, with the expected release from prison of Johnny Pinchback.

Pinchback was sentenced to 99 years in prison for the 1984 rape of two Dallas teens who identified Pinchback as their attacker in a police photo lineup. Pinchback maintained his innocence – and fortunately, Dallas County maintained pubic hair clippings from the original case. That was enough for the Innocence Project of Texas, which took on Pinchback's case in 2009, to get the approval of the Dallas County District Attorney's office to allow for the new testing, and to secure a grant from the state's Task Force on Indigent Defense to pay for the work. The result? There is male DNA present on the hair, but it does not belong to Pinchback. And, according to Dallas D.A. Craig Watkins his office will tomorrow request that Pinchback be declared innocent and released from prison.

Pinchback's is just the latest story in what continues to be the sad tale of Texas criminal justice – especially as it relates to faulty eyewitness IDs. The vast majority of Texas' wrongful convictions involve bad identifications and although lawmakers have proposed a bill to "fix" the problem, it doesn't actually represent any fix at all. The bill – House Bill 215, by Rep. Pete Gallego, D-Alpine, sponsored by Sen. Rodney Ellis, D-Houston – requires police to adopt policies that reflect "best practices," but does not have any real enforcement provision. That is, even if a given agency doesn't adopt a model policy there is no punishment; moreover, there is no mechanism here to keep out of court, and out of evidence, any lineup conducted outside of the model policy.

And if these cases have taught us anything (and it's sometimes hard to believe that they have), it's that once a bad ID is in front of a jury it can take decades to undo the damage.