Dewhurst wants credit for cuts, gets points for illogical thinking 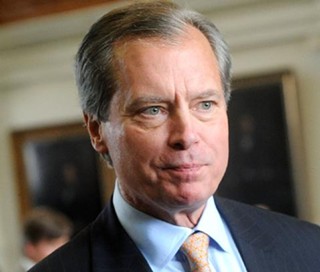 Intellectual dishonesty amongst the state's high-ranking Republicans is like an old friend with a nervous tick: After a while, you get so used to it, you stop noticing. That is, until today's doozy of a press statement by Lt. Gov. David Dewhurst.

Yesterday, Lt. Governor David Dewhurst and Texas Senate Republicans stood together to pass a balanced budget that reduces current spending by $14.7 billion – and they did so without raising taxes.

Think about that statement for one second – which is quite possibly longer than the former CIA case officer's staff did.

Let's do a taste test on one line item: Medicaid B.1.1, the funding for Medicare and Supplemental Security Income Risk groups.

There is a little bit of a bait-and-switch there. The initial draft proposed cutting some of that expenditure by shifting some of the case load to the Star+Plus program. Guess what? That's getting a boost of $368 million – less than a quarter of what is coming out of the Medicare/SSI funding.

In total, Medicaid funding over the next two years under the Senate draft goes down from $35.4 billion to $30.5 billion. Admittedly, that is a lot better than the Senate's original $26 billion proposal. But guess what? It's still worse than the $35.4 billion they had last time around

So apparently, there is some mystical way that the extra cuts over and above the initial cuts, and cuts that are less than the original cuts, are not cuts at all.

When exactly did we fall into the mirror universe?