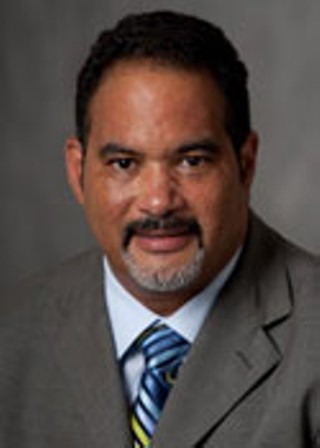 To the surprise of no one, the first legal volleys against the GOP-designed redistricting maps began today. The first shot, a letter from Rep. Garnet Coleman, D-Houston, to the Obama Justice Department, was fired against House Bill 150, the plan for state House districts that passed the House early Thursday morning. The letter:

We are writing to call your attention to the Texas House of Representatives redistricting plan that was passed this week by the Texas House despite the opposition of an overwhelming majority of African American and Latino legislators. The House Bill 150 plan is a blatantly retrogressive plan that dilutes the ability of African Americans, Latinos and other language minorities to elect candidates of their choice.

Having been passed by the House, this plan will likely be signed by the Governor and be submitted to you or the District Court in the District of Columbia for preclearance. At that time, we will provide much greater detail about the Section 5 violations contained in this redistricting plan and the process that was used to develop it, but we wanted to inform you immediately about the fundamental flaws in the proposed map.

1. Statewide Retrogression. In the past decade, 89% of Texas population growth was non-Anglo, but the State House redistricting plan reduces the number of effective districts where Hispanic, African American and Asian voters can elect the candidate of choice by systematically packing minority voters into exiting minority opportunity districts to prevent the creation of additional minority districts and eliminate effective minority coalition districts where African Americans, Latinos and other language minorities vote cohesively to elect their candidate of choice. A number of alternate plans by legislators that would have increased the number of minority opportunity districts were presented by Latino and African American legislators, but all were rejected.

2. The number of Latino districts was reduced by the Texas House plan. According to the 2010 census, the Texas Latino population increased by almost 2.8 million since 2000, accounting for 65% of the state’s population growth, but the plan reduces the number of effective Latino districts to 34 from a benchmark of 35 or 36 existing districts. Plans were submitted that would have created as many as five additional effective Latino opportunity districts, but all were rejected. Additionally, there was retrogression in some of the 34 Latino districts maintained in the plan.

3. Effective Coalition Districts are eliminated by the plan. The 2010 census confirmed what we already knew: in Texas, minority population growth has moved into suburban areas over the decade, providing minority voters the opportunity to vote cohesively to elect their candidates of choice in coalition districts outside traditional “core” communities. The Texas House plan eliminates five existing effective coalition districts. The most egregious destruction of an effective coalition in the plan is the elimination of District 149, a Southwest Houston district that is currently only 26.6% Anglo Voting Age Population and is currently represented by a Vietnamese American legislator, Representative Hubert Vo, who has been elected four times by a minority coalition that has also elected local candidates to office. Instead of preserving and enhancing the district’s minority population, District 149.[sic] In fact, Vo was paired with the incumbent in neighboring Hispanic opportunity District 137.

• South Texas – District 35 is currently only 56.4% Hispanic Voting Age population (HVAP) and has not consistently elected the Hispanic candidate of choice. Alternate plans were submitted that would have strengthened District 35 by as much as 8% HVAP and maintained Latino voting strength in adjoining districts, but the House plan diluted the District’s HVAP by 1.5% to 52.9%.

• El Paso – Four of the five Districts in El Paso currently range from 73% and 92% HVAP and from 66% to 82% in Spanish Surname Voter Registration (SSRV), but District 78, which has not consistently elected the Latino candidate of choice once in the last decade, lags behind. In other areas of the state, the plan packs existing effective Latino districts to reach an arbitrary standard of 50% SSRV, claiming that this retrogressive plan increases Latino representation because an additional District meets that one fixed percentage, but in District 78, where an alternate plan demonstrated that such an increase could easily be accomplished without diluting adjacent districts, the House plan actually decreased the SSRV to 47.1%, which is problematic given electoral performance in District 78.

• Tarrant Co. – The House plan simply maintained the status quo: preserving two effective existing minority opportunity districts and one existing coalition district, although 321,000 of the county’s 362,000 population growth was non-Anglo. The House plan’s sponsors claim they created a new coalition District 101, but it simply replaces the existing District 93. Existing minority opportunity Districts were packed in the House plan and an alternate plan that created an additional majority-minority coalition district was rejected.

5. The County Line Rule. The State Constitution includes a provision that has been interpreted to require a Texas House district plan to split as few county lines as possible, which allows a 10% deviation range among districts. Alternate plans were introduced that created additional Latino opportunity districts and split a few more county lines, but still kept the vast majority of the state’s 254 counties intact. However, other alternate plans were introduced that also increased the number of Latino opportunity Districts and majority-minority coalition districts while adhering to the minimum number of county line cuts – and one even cut one less county line than the House plan

6. The Misleading “SSRV Standard.” As noted previously, the sponsor of the House plan CSHB plan claims he created a new Latino district, but that false claim is based on a singular statistic – Spanish Surname Voter Registration. Latino legislators and advocates repeatedly pointed out that the Department’s guidelines clearly state that the “ability to elect” is not determined by any predetermined or fixed demographic percentages. In fact, by packing minority voters into already effective minority opportunity districts, the House plan achieves its overriding partisan goal and dilutes the ability of the minority voters to elect the candidate of their choice.

When and if the Texas House plan is formally presented for Section 5 preclearance we look forward to the opportunity to provide more information to assist your review of this plan.