Could it be that prison officials have lying to the DEA? 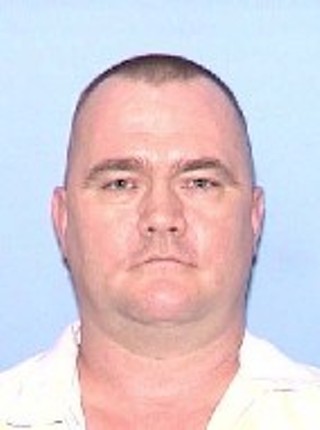 According to lawyers for condemned inmate Cleve Foster, the Texas Department of Criminal Justice has been illegally purchasing lethal injection drugs.

According to the attorneys, Maurie Levin of UT School of Law, and Sandra Babcock of Northwestern University School of Law, the state's prison agency has been purchasing controlled substances – including drugs used for lethal injections – under the Drug Enforcement Administration registration certificate assigned to an entity that hasn't existed for nearly 30 years. "[A]s a result, we believe that TDCJ is unlawfully in possession of an unlawfully dispensing controlled substances," the lawyers wrote in a letter to U.S. Attorney General Eric Holder.

Uh-oh. That doesn't sound so good. And neither does this: According to the lawyers, it appears that the drugs aren't being kept at a pharmacy or by a DEA-registered handler. "At no point is an appropriately licensed or authorized practitioner involved in the dispensing process, and at no point is a prescription written to transfer the controlled substances to a member of the execution team," the lawyers write. Levin and Babcock are requesting Holder to direct the DEA to conduct "a prompt and thorough investigation" of the situation. "The potential for abuse is rampant, and contrary to the ideas behind the federal closed system the CSA was enacted to create and enforce." If TDCJ has violated drug laws, the lawyers ask for immediate action – including revocation of agency registration and DEA seizure of the ill-obtained drugs.

That, of course, could really throw off the state's execution schedule – so far, seven executions are scheduled through August.

This is the latest attack on the state's execution method. Also this week, the lawyers for Foster and for another inmate, Mexican national Humberto Leal (who is slated to die in July), sued TDCJ arguing that in changing the lethal-injection cocktail of drugs several weeks ago the agency ignored the Texas Administrative Procedures Act, which requires changes to be noticed and a comment period invoked before changes can be made. A shortage of sedative sodium thiopental, one of three drugs used in executions, prompted the change, which would substitute pentobarbital (used in animal euthanasia and doctor-assisted suicides, among other uses). Foster is set to be the first to die with the new protocol. "I don't think there's any doubt they didn't comply," Levin told the Houston Chronicle.

TDCJ officials declined to comment on the pending lawsuit.