On Death and Life 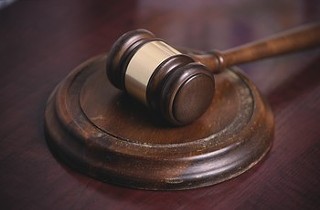 Houston Dem Rep. Garnet Coleman's bid to bring Texas' law into compliance with a Supreme Court ruling banning the execution of the intellectually disabled was among a list of death penalty-related bills left pending in the House Criminal Jurisprudence Committee after a marathon meeting March 29.

Leading the death-penalty-bill march through committee was Coleman with House Bill 1670, which seeks to codify a definition of intellectual disability, and to create a process to weed out from capital prosecution those individuals who are ineligible for the death penalty. Lawmakers have been trying to do just that since the U.S. Supreme Court in 2002 declared the execution of the mentally retarded unconstitutional punishment. So far though none of the bills filed since then have gotten traction. Prosecutors from Harris County and Anderson County spoke out Tuesday against Coleman's measure Ã¢â‚¬â€œ and testimony from Harris Co. Assistant D.A. Lance Long clearly irritated Coleman. Long argued that the measure Coleman filed would create a definition of intellectual disability that doesn't comport with the current definition contained in the Diagnostic and Statistical Manual of Mental Disorders (DSM-IV), and that by requiring a hearing on mental ability before the trial would put the families of murder victims through what could then amount to two trials. Coleman bristled during his closing remarks on the bill, saying that prosecutors should work with lawmakers to find a solution instead of just coming to committee, testifying against a bill and then leaving the hearing room: "I'm learning a lot about D.A.sÃ‚Â Ã¢â‚¬â€œ some who [work] for the D.A....in my county," he said. "[We're] both elected officials and we're both trying to make the law better so that we catch the [real criminals]. You can't just say 'no' and run out the door."

Andrea Keilen, director of the Texas Defender Service, testified in favor of the bill. The state has "had a mandate" from the Supremes since 2002, but yet Texas still has no standard to ensure that those with intellectual disabilities will not be executed. It is proper to determine eligibility for death prior to trial, she testified. Prosecutors would rather have that determination made during the punishment phase of the trial, she argued, for two reasons: First, they want to take advantage of jurors who are already "predisposed" to imposing a death sentence; second, having the determination made during punishment allows "unfettered contamination" of that unique question by other facts and testimony that may or may not be relevant to whether a person is mentally retarded. Indeed, Beth Mitchell with Disability Rights Texas testified that the intellectually disabled are a vulnerable group often dragged into crime by others and often without any understanding of what is happening. "We're talking about a population that is extremely vulnerable," she said, who "need additional protections."

The committee also considered a bill by Houston Democratic Rep. Armando Walle, which would change the law to require that capital case jurors be told that it takes just one member of the panel to disagree with the imposition of a death penalty to generate a sentence of life without parole. Because of the way jurors in capital cases are now given their instructions, he explained, they often feel that they need 10 members of the panel to trigger a life sentence. Jurors in capital cases are asked two important questions during the punishment phase Ã¢â‚¬â€œ whether they believe the defendant poses a continuing threat (including to the prison population), and whether there is any mitigating evidence that would make a life sentence more appropriate. TDS' Keilen said that jurors have said that they have been bullied by a majority of panel members into changing their responses to those questions, going with those who wish to impose death, simply because they're under the impression that it takes more than just their vote to change the outcome. Walle's measure (HB 3400) would bring "Texas in line with what most other states do," she said. "Most other states are honest with their juries."

Also on tap were two bills, one from Rep. Harold Dutton, D-Houston, (HB 2511) and one from his Houston Dem colleague, Rep. Borris Miles (HB 2200), which would require separate prosecution of co-defendants in capital cases and would ban the state from seeking death against a co-defendant under the so-called "law of parties," which posits that a co-defendant who is not a triggerman "should have anticipated" that a crime would happen, and thus is equally responsible for the crime. Problems with the state's broad use of the law of parties in capital cases was highlighted in the case of Kenneth Foster, whose death sentence as a party to a San Antonio murder (he drove a car that the triggerman rode in, but maintains he had no clue that the passenger would shoot anyone) was commuted to life in prison by Gov. Rick Perry in 2007.

You can read our initial coverage of the Foster case here. And there's more from our archives on the law of parties here.

The marathon meeting, which went until nearly 1:30a this morning and featured testimony on a host of other capital punishment-related bills (many by Dutton) can be viewed here.

On another note, of the many other bills heard so far this week, two that would offer the state significant criminal justice savings have also been left pending in committee. A bill by Senate Criminal Justice Committee chair, Sen. John Whitmire, D-Houston, SB 883, would given sentencing credit for time spent on parole for inmates revoked and sent back to the pen. In other words, if a person was paroled on a 10-year sentence and spent, say, eight successful years on parole before being revoked, the person would get credit for that success and spend just two years back in the pen as opposed to having the serve all of the original 10-year sentence, which is what the law now requires. Under Whitmire's bill, the Legislative Budget Board estimates the general revenue savings would come to roughly $673 million through 2016. A similar measure, filed by Dallas Dem Rep. Alma Allen, HB 1477, would apply the same logic, but only to a certain class of offenders revoked for technical violations of parole. The LBB estimates Allen's measure would save more than $33 million through 2016.