Death row inmate can sue for access to DNA evidence 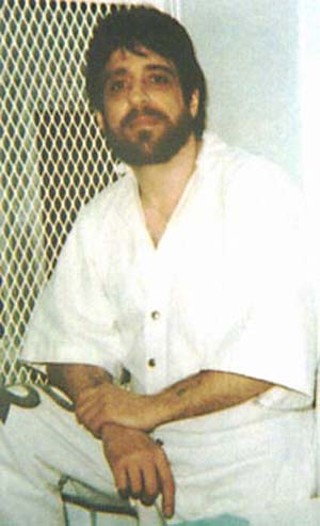 The U.S. Supreme Court this week ruled that Texas death row inmate Hank Skinner may sue the Gray County district attorney in federal court in an effort to have physical evidence subjected to DNA testing.

Skinner was sentenced to die for the triple murder in 1993 of his girlfriend, Twila Busby, and her two grown and developmentally disabled sons. Skinner has long claimed he is innocent of the crime; he admits he was at the house the night the family was killed but says that he was knocked out by a cocktail of booze and prescription drugs. He awoke to find the carnage, he says.

Skinner has been trying to access untested evidence from the grisly crime scene – including two knives, an axe handle (thought to belong to the weapon used to bludgeon Busby), a bloody towel, a bloody and sweat-stained jacket, and both a vaginal swab and fingernail clippings collected from Busby’s body. His efforts since 2000 to gain that access using the state’s post-conviction DNA statute have been rebuffed. The courts have ruled in part that because Skinner’s attorneys failed to ask that the evidence be tested at his trial, he is blocked from doing so now; moreover, in denying one of Skinner’s appeals, the Court of Criminal Appeals ruled that Skinner cannot demonstrate that the testing would change the outcome of his conviction, thus blocking him from access to the evidence.

Skinner asked D.A. Lynn Switzer to turn over the evidence, but she, too, refused, prompting the legal battle over whether Skinner may file a federal civil rights suit in order to gain access. In its 6-3 ruling, the court decided that Skinner may indeed take that route. In an opinion authored by Justice Ruth Bader Ginsburg, the court concludes that although he may bring the suit, success there would “not ‘necessarily imply’ the invalidity of his conviction. While test results might prove exculpatory,” Ginsburg wrote, “that outcome is hardly inevitable; as earlier observed … results might prove inconclusive or they might further incriminate Skinner.” Moreover, Ginsburg notes that Switzer’s position that to allow this suit to go forward would be to unleash a flood of similar suits is without merit: In other federal jurisdictions (other than the 5th Circuit, where Texas is located) in which prisoners have been allowed to bring such suits, no such flood of lawsuits has resulted. “These fears … are unwarranted,” she wrote.

The Supremes’ ruling pushed the case back to district court for further consideration as to whether, based on the merits of the case, Skinner should be given access to the evidence. Skinner’s attorney Rob Owen, head of the UT School of Law’s Capital Punishment Clinic, said in a statement that he is pleased with the court’s ruling and is ready to move forward with the civil rights suit. “We look forward to making our case in federal court that Texas’ inexplicable refusal to grant Mr. Skinner access to evidence for DNA testing is fundamentally unfair and cannot stand.”