UPDATE: Chris Riley has issued a statement, below.

On the heels of a report today in the Austin Bulldog alleging that City Council members' individual meetings with one another and the mayor may violate open meeting laws, word comes that a complaint's been filed with the Travis Country Attorney's Office regarding potential Open Meetings Act violations.

Despite not attaining a quorum – the plurality that requires a meeting to be posted and public, except for legal discussions – the Bulldog says the pattern of meetings, many of which they've pieced together by looking at the four council members that post their calendars online (Laura Morrison, Chris Riley, Randi Shade, and Bill Spelman) “[undermines] the very idea of open government through private deliberations about public business.”

The matter apparently came to light through Bulldog conversations with ChangeAustin activist Brian Rodgers, who recounted a meeting with Chris Riley thusly:

Rodgers says Riley told him that council members and the mayor meet in regularly scheduled private meetings with each other to talk about city business. These meetings routinely occur in days immediately leading up to posted public meetings of the city council.

“We know how we are going to vote by Thursday (council meeting day) except for (Council Member Bill) Spelman, who’s a wild card,” Rodgers says Riley told him.

“When Riley told me that the council already knows how they’ll vote on Thursdays, I sat there angrily thinking about how community activists pour their time and energy into making our city a better place to live—unaware that the council’s votes are set before they even walk into the council chambers.

The Statesman describes the County Attorney's office as having "opened an investigation" into potential violation of state open meeting laws. However, county attorney David Escamilla, in a statement says:

The complaint alleges that the Mayor and Council have coordinated a regular series of private gatherings of Council members in numbers less that a quorum to conduct private discussions; thereby avoiding the public notice and meetings requirement of the Act.

We are currently reviewing the complaint.

Lee Leffingwell, in a statement to Newsdesk, says “"We've been advised by the City Attorney that meetings between individual Council members do not violate the Open Meetings Act, but we will cooperate fully with the County Attorney's review."

“I’ve received numerous inquiries today regarding the Travis County Attorney’s review of a complaint filed against the Austin City Council regarding an alleged violation of the Open Meetings Act.

“We have recently been advised by the Austin City Attorney that the practice of conducting individual meetings between Council members does not constitute a violation of the Open Meetings Act.

“In my experience, there is absolutely no intent on the part of any member of the Austin City Council to circumvent the Open Meetings Act. I believe strongly in open government, and I know that each of my colleagues shares my commitment to transparency and public process.

“In order to do our jobs as Council members, we have to be able to communicate with each other. Just to put an item from Council on the meeting agenda requires the sponsorship of at least two members.

“It would deal a severe blow to the effectiveness of local government if elected officials were only able to discuss issues of importance to the community at one weekly public meeting.” 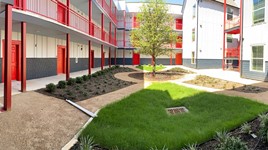