Strong words; even stronger when you consider their speaker, Mayor Lee Leffingwell, and the political clout displayed by Shade at her Place 3 re-election kickoff last night. 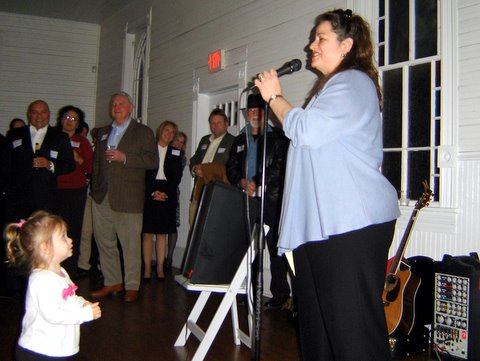 We're primed to think as campaign kick-off as cotillions, coming out parties for the candidate and their platform; in reality, the strongest parties (like Shade's) are decidedly less dainty affairs, raw displays of a candidate's accumulated political power that scream FOOL, LOOK AT ALL MY CONNECTED, KICK-ASS FRIENDS – WHY WOULD YOU EVER WANT TO RUN AGAINST ME! The large crowd at terminally parking-challenged Mercury Hall (125-plus, by the Hustle's painfully unscientific estimation) and the bold face names in attendance (Leffingwell, Mike Martinez, Chris Riley, district attorney Rosemary Lehmberg, former Mayor Pro Tem Betty Dunkerley, Alamo Drafthouse mastermind Tim League, and many more) did the job just fine.

After the Hustle inhaled some delicious Mexican food courtesy of Maudie's (after all, it wouldn't be a Randi Shade party without queso), it was time to watch the candidate speak. Her opening remarks, reflecting on her 2008 run, reinforced her image on the dais as a conciliator. “Too often, Austin is divided. We think of things as the environmental community and the business community, old Austin and new Austin, and the east and the west. Really, what I learned is we have a whole lot more in common than what divides us.” She said she seeks to “make the best decisions with the best information possible. I care about the insiders as much as I care about the outsiders,” she told this room of insiders, “that's the only way I can sum it up.”

Water Treatment Plant No. 4, which has proved most the controversial of Shade's swing votes, surfaced, albeit obliquely. Noting she wasn't going to really address “specific issues on the platform” that evening, she continued, “Suffice it to say, if there's any issue, whether its a major infrastructure investment, like securing a safe water supply for the next 100 years, or whether it's something that is your specific building project or some issue you're having with a neighbor, a zoning change, it takes the same approach: It takes getting all the facts, and approaching it with common sense and fairness. That approach is what I ran on last time, and that's what I want to continue to serve on." She also cited her “attentiveness, accountability and approach,” saying “there isn’t anybody out there that should be able to say that they wanted to meet with me and they couldn’t.” 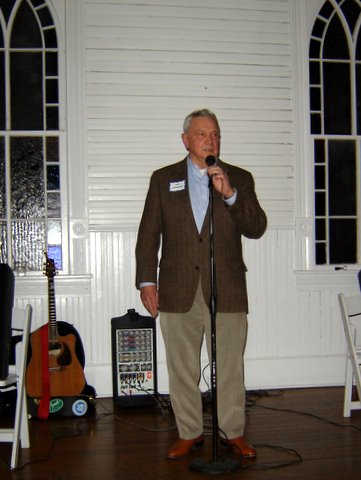 Pivoting to the mayor, Shade said “to get anything done it takes working relationship with everybody's that's on council,” a theme Leffingwell also hit. “Trust is the coin of the realm: you have to work with people you trust and who trust you,” he said. Also referring to the 300 million gallon gorilla in the room – WTP4 – he said securing “a safe and abundant supply of water … could not have happened without Randi's strong and unwavering support.” (Of the WTP4 debate, he added “I hope that's behind us now.”)

The mayor ended with an exhortation to “Make sure she [Shade] is not cash deficient,” a plea that was then taken up by her campaign treasurer, Beverly Reeves. While currently unopposed, “we're not gonna know if we have an opponent for several months,” Reeves dramatically put it. Still, she said “we're gonna run this campaign like we're running against five opponents.”