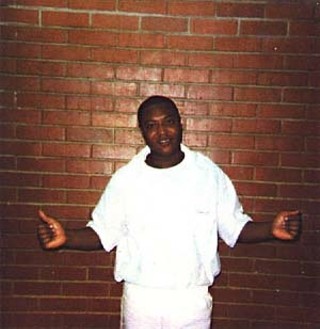 It's been 18 years since Bobbie Joyce Davis, her daughter, and four grandchildren were murdered inside their home in Somerville, about 70 miles east of Austin, and the home set on fire in an attempt to cover the crime. And its been 16 years since Anthony Graves was convicted of the crime – a crime that he has always maintained he did not commit.

Indeed, it's been 10 years since Robert Carter, the father of one of the children killed in the crime, was executed for his admitted role in the bludgeoning murders. It was Carter who fingered Graves as his accomplice in the crime, even though there was no evidence to suggest that Graves had anything to do with the grisly multiple murder.

And it's been four years since the 5th U.S. Circuit Court of Appeals overturned Graves' capital murder conviction, in part because of prosecutorial misconduct related to the state failing to inform Graves that Carter had recanted his statements about Graves' involvement.

And finally, on Wednesday, after nearly two decades behind bars, Graves was released from jail and all charges against him in connection with the Somerville murders were dropped. Importantly, prosecutors declared Graves actually innocent of the crime – a declaration that should help him collect some compensation for all the years of wrongful incarceration.

The state's case against Anthony Graves was tenuous at best. For starters, there was no evidence to suggest he had anything to do with the crime – and there was ample evidence that he wasn't anywhere near the Somerville home the night the family was murdered. But the state ignored every single sign that their case was crap – even after the Fifth Circuit told them it was. Instead, prosecutors decided to retry Graves – intimating at one point that they were willing to use now discredited junk science in order to railroad the man.

Interestingly, although the case was fraught with problems, it never received the kind of media attention it deserved. We've written about it a number of times in the Chronicle, but it wasn't until last month, when Texas Monthly writer Pamela Colloff's story on the case was published that the entire tale was laid out in one place.

It's hard to imagine that the Colloff story didn't have some impact on the decision to finally free Graves. Regardless of the reasons behind the release, it was a move that was long, long overdue.

The list of stories on the case from our archives is here.

You can read Colloff's story here.