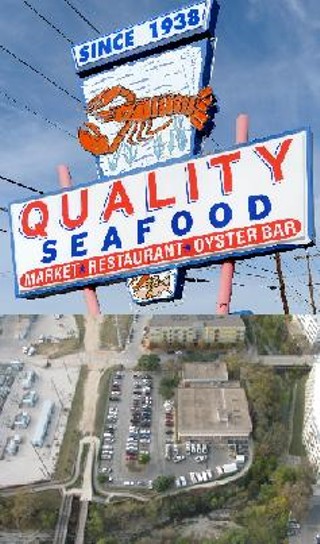 The Hustle has loads more on these development deals after the jump.

For the FBC contract, Gateway is the staff selection, scoring 109.75 out of 125 total points on the staff scoring matrix. Scope out their original presentation to council from September 23 to see what all the hubub’s about: Gateway - Airport Blvd Fbc Interview Final

Design Workshop is named as an “alternate firm” by the folks on staff, with a score of 103.42. Here’s their entry in the FBC sweepstakes. Design Power Point Presentation

Poor ol’ McCann Adams Studio/Clarion. We’re not quite sure what the hell happened, but according to the matrix, they were disqualified, scoring a fat goose egg. Regadless, here’s what they had to say. MASClarionAirportBlvdFBC

… We wagered yesterday that envrio-advocate Paul Robbins might weigh in on the Control Center contract up for adoption. Our spidey senses must have been extra sensitive, because look what just landed in the Hustle’s inbox: a letter from Robbins to council, forwarded to us, and now, you:

Please Pull Items 13 and 14 From Agenda

No matter which way you look at it, there are numerous problems with the proposal to sell the land at the Energy Control Center.

1. The developer is not signing to buy it. They have a 4-year option. This is nothing more than a land bank. How many homebuyers get a 4-year option?

2. If the developer does buy it, they are not giving us enough money. You are using a 2007 appraisal, not adjusted for inflation, for land that might be sold in 2017.

3. The appraisal is not for the right amount. It is only for the raw value of the land. The land has a functional building on it that can be remodeled if you so chose. If Austin were a private utility and bid this land without the value of a functional building, how well do you think the shareholders would accept it?

5. Undervalued property sold to the developer and the delay in selling it may impact the coming electric rate case. Improper transactions of this kind can be viewed on appeal to the Public Utility Commission as "imprudent, " and the City's General Fund may have to repay the gap.

6. The developer has up to 5 years to build after purchase. This means that if you vote tomorrow, the land will not be sold until 2013, and the first shovel may not turn dirt until 2022. If getting this land on the tax roles and moving more people downtown is your goal, this sure seems like an uncertain and lackadaisical way to do it.

7. The City is going to need more office space in the central city, and no attempt has been made to procure some of this proposed development for this purpose.

Please fix this broken deal. Staff is obviously not going to.

Should make for an interesting meeting tomorrow.