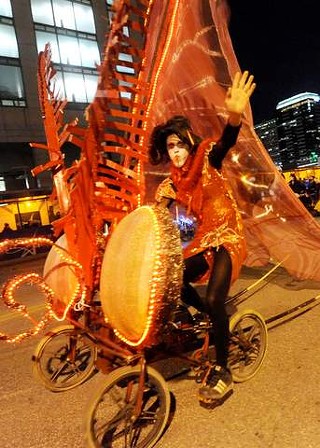 Maybe some of the biggest news yesterday happened outside City Council's meeting.

Below the fold, an interesting press release from the city manager that raises as many questions as it answers.

In the wake of First Night Austin's failure to hold an event this year, City Manager Marc Ott has announced the city will hold their own New Years Eve festivities:

The organization First Night Austin has notified City of Austin officials that it will not be able to produce this year’s New Year’s Eve celebration. The non-profit has cited financial circumstances as the reason for the cancellation.

Austin City Manager Marc Ott recognizes the importance of having a safe, family friendly activity for Austinites to enjoy during the New Year’s holiday. Ott has asked City staff to create such an event in the absence of First Night Austin.

“First Night is one of those traditions that Austin families look forward to every year, and I think it's important that we continue to have a family oriented New Year’s event in our downtown,” City Manager Ott said. “While we certainly can't promise something on the scope or scale that our partners have done in the past, I'm looking forward to producing an event that still offers live music, a fireworks display and a family atmosphere. Moreover, it is important that citizens have a non-alcohol alternative for their families."

As more details become available for the City-produced New Year’s Eve event, they will be communicated though the City of Austin’s Communications and Public Information Office.

"First Night Austin would like to thank the City of Austin for creating a family friendly, alcohol-free event that will bring our community together in the spirit of celebration and renewal this New Year's Eve,” said Dewey Brooks, First Night Austin Board president. “We hope that people come out to enjoy that event this year, and we hope to be able to come back in 2011 and renew the New Year's Eve traditions that First Night Austin helped establish in the previous five years."

“This is going to be a challenge, but also a chance for us to be creative and use our resources to produce an Austin-worthy New Year’s Eve event,” Ott said.

Obviously, having just come out of a budget season where the Trail of Lights was cut to pay for park funding, the question is, where are the city dollars for this project? With details admittedly sparse, we don't know now, but the Hustle expects the announcement to be a topic of interest in the days to come.

… Another note from yesterday's City Council meeting: Our long, local nightmare is over, at least in relation to the Little Zilker saga. Council voted to approve the name, but that didn't stop a loyal reader from sending in some alternate park names.