A storm, a firing, a budget and Four Lions 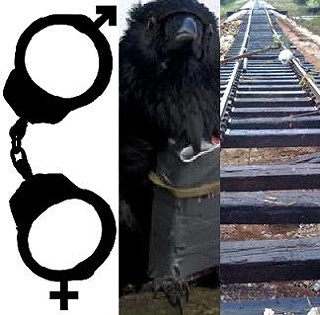 Yes, as Austin headed back into the 90s (just in time for the first Longhorn football home game of the season), it's easy to forget that Tropical Storm Hermine blasted through town at the beginning of the week.

The downpour caused flooding and damage across Travis County, triggering serious traffic problems and briefly closing the Capital Metro MetroRail Red Line. It also put additional pressure on the good folks at the American Red Cross of Central Texas. They're just one of the many emergency response charities that have found their resources sorely tested during the current recession.

Now to the rest of the week, and if you haven't read this week's cover story, Sex Offenders Exposed, you might be the last person in Texas. Rarely has any story printed within these pages created such a remarkable public response.

As for the headline events, three recurrent stories re-emerged.

Last week saw the continuation of the latest legal spin-out from the 2009 shooting of Nate Sanders II and Sir Smith. The former APD officer responsible, Leonardo Quintana, challenged his firing for crashing his car while drunk-driving, in part because other officers hadn't been fired for doing the same.

Next up, the latest chapter in the Cactusgate saga: On Wednesday KUT announced the new manager for the Cactus Cafe will be Matthew Muñoz. The initial response from much of the local music community has been "Who?" since he's spent most of his career to date in Los Angeles, and has never run a venue. KUT management is saying that he signifies a bold new direction for the venue: We'll have responses to that from various stakeholder groups in the upcoming issue. But considering how many people felt and argued that anything other than keeping former manager Griff Luneburg on permanently would be a serious mistake, it seems there's at least one more chorus of this epic to go.

Rounding out the trifecta of old faves, it's budget time again for both the city and CapMetro. This week, City Hall Hustle checked in with council members Bill Spelman, Laura Morrison and Sheryl Cole about their takes on city spending and City Manager Marc Ott's proposed tax rate. Readers will get a chance to see whether their rhetoric is matched by their votes when the budget comes up for adoption on Monday.

Amidst all those reliable repeating stories, there was one genuine surprise: On Thursday, the Alamo Drafthouse announced that it's getting into the film distribution biz. The first movie on their slate? The splendid black comedy Four Lions, which had a highly successful screening at the Paramount during SXSW 2010.

Oh, yeah, and Gov. Rick Perry is plummeting in the polls, still evading questions about the budget, and still dodging debates. Go figure.