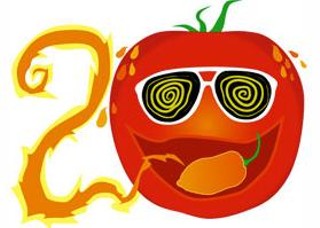 Before we start looking back at the week, a quick reminder: It's the 20th annual Austin Chronicle Hot Sauce Festival today at Waterloo Park. The event benefits the Capital Area Food Bank, so bring three nonperishable food items and enjoy the fun.

Austin ISD Board of Trustees voted on Monday to approve the district's $974 million 2010-11 budget. Seriously, it doesn't matter how much back-slapping went on and how many promises were made about making the 2011-12 budget even more efficient. This is a vote that left deep scars, not least because certain members of the business community pretty much threatened the board with a political knee-breaking if they voted for a tax rate increase. Or, rather, voted to let Austinites decide if they wanted to approve a tax increase.

Speaking of long-running and fractious debates, earlier that day the city of Austin filed a motion to dismiss a suit filed by Environment Texas and the Save Our Springs Alliance over the ever-controversial Water Treatment Plant No. 4 proposal.

If that wasn't contentious enough, Monday was also the day that Capital Metro proposed getting rid of two routes to Leander (cue another round of griping about the Red Line MetroRail.)

On slightly more positive news, Austin Energy will now make its solar trailer available to civic groups and non-profits. It will be making an appearance at (hey, waddya know?) the Austin Chronicle Hot Sauce Festival.

That's the kind of positive environmental news that can seem a bit rare, and that's why council was invaded by bag monsters on Thursday.

Speaking of festivals and monstrous appearances, guess where Turd Blossom will be showing up next? Yeah, Karl Rove will be turning up at the Texas Book Festival, Oct. 16-17.

That wasn't the only festival news of the week. The long-awaited list of Austin City Limits pre- and aftershows. For movie buffs, the Austin Film Festival announced its first ten films for 2010, while Fantastic Fest added Buried to its big-name gala screenings, as well as releasing its second wave of programming.