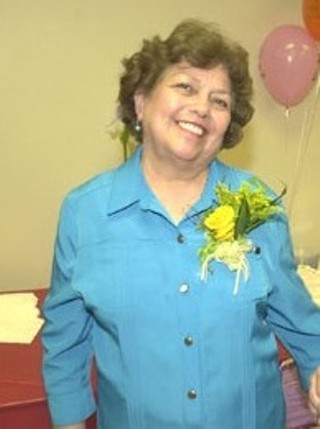 Update: A pretty low-key morning for City Council today, as they made short work of their agenda. Enlivening the proceedings, however, were dozens and dozens of supporters in favor of naming the Mexican American Cultural Center to honor the late Emma Barrientos. But that’s not so say all speakers were unanimous in agreeing with the renaming.

Mayor Lee Leffingwell allowed Mayor Pro Tem Mike Martinez, council member in the traditionally Latino Place 2 seat, to preside over the item honoring Barrientos – community leader, political force, supporter of the bond program that built the MACC, and wife of former state senator Gonzalo Barrientos. Speaking not only on behalf of the item, but seemingly on behalf of the family were several familiar faces: former Mayor Pro Tem John Treviño, judge-elect John Lipscombe (upon whose campaign Emma Barrientos served as treasurer), and Sylvia Orozco, MACC board member and Mexic-Arte Museum executive director. “Life is so short … but our memories last forever,” she said.

Their testimony was highly emotional, as was the reaction from the audience, many of whom were wearing t-shirts made for the occasion that read: “Emma.”

However, the motion to rename the center wasn’t without some detractors. El Concillio eastsider Gavino Fernandez spoke against renaming the center, saying its current title “galvanizes the entire community in the sense there is no personalization of it.”

After the speakers finished, Martinez addressed one other point of contention: that, in renaming the center by council decision, they circumvented the process for renaming municipal buildings, which includes a lengthy comment period, and input from the MACC board. However, he noted there had been “many occasions when the council circumvents the ordinance.”

When the resolution passed unanimously, the 50-plus supporters in the chambers took to their feet and applauded, delivering a standing ovation that lasted at least 30 seconds.

The morning’s other business was largely a presentation on Austin Energy's rate development process, and Citizen Communications input from several northwest Austinites opposed to Water Treatment Plant No. 4-related construction in their Spicewood Springs neighborhood.

Original post: Hey there, the Hustle here with a note that I'll be down at City Council this morning, with an update to come in this space later today. Until then, check our News section this week, and TDH's agenda rundown for today's meeting. 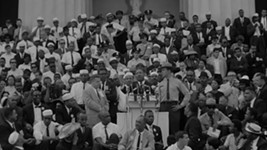