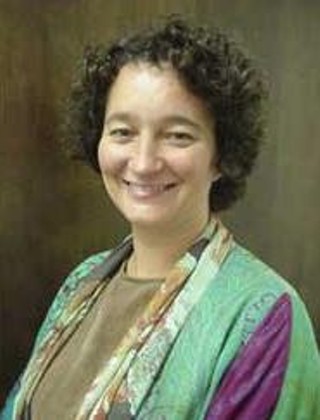 Five people, including We Are Change Austin organizer Chanda Seymour, and Texans for Accountable Government executive director John Bush were arrested by UT Police outside President Barack Obama's Austin speech. However, the big fall-out for UT may be from the arrest of Texas Campaign for the Environment executive director Robin Schneider.

Because Schneider wasn't protesting against the presidency, but against UT itself: Or rather, its new H2Orange water, sold in plastic bottles shaped like the UT Tower.

[Update: Initially four arrests were reported: For more information about all five, read this week's issue]

TCE program assistant Stacy Guidry was with Schneider when she was arrested. She said, "[Schneider] was exercising her free speech rights and she was stifled by UT police." They were asking people waiting to get into the speech to sign a petition that will form part of an open letter to the UT administration, asking them to walk away from selling the new bottled water at UT events. "Everyone thought it was such an asinine idea that the University of Texas would go this route and not promote sustainability. Well, they're also not promoting free speech."

Guidry and Schneider were initially approached by staff from the office of the Dean of Students and were told that they had to stop because UT rules restrict protest acts on campus to staff, students and faculty. When they kept asking people to sign the petition, they were initially warned by UT PD and then Schneider was arrested. Guidry said she was told that "because the president was going to be there in a couple of minutes, they were trying to secure the area, and because we weren't ticket holders for the event, we were trespassing criminally."

What made this all the more ridiculous, Guidry said, is that "we were protesting a UT policy on UT. … This is a publicly funded school. People other than faculty and students should be able to use their own free speech rights on the campus."

In the other arrests, which were unrelated to the TCE protest, Seymour was arrested for campaigning outside of the designated "free speech" area. Video shot at the scene shows that Bush was arrested after following Seymour and the officers that arrested her. There are no details so far on the fourth arrest.

When contacted for comment, UT's communications' staff said they were looking into the situation.