Dems on holiday, GOP shenanigans, and a monster council session The beautiful game continues (and some other stuff happened)

While you're weeping into your beer about the departure of Team USA from the FIFA World Cup, take solace in two things. One, finally the US did well at a world championship for a sport that other nations actually play and two, it's time for the Sunday Survey.

Of course, it could all be a lot worse, as shown by Kate Messer's coverage of how Grand Isle, La. is dealing with consequences of the BP oil disaster.

The Austin political scene may have seemed a little empty this weekend, with the Texas Democratic Party taking off to Corpus Christi for sun, sea, and points of order at their annual convention. Fortunately, the GOP gave the press corps lots to write about with Thursday's explosive revelation that Republican operatives close to Gov. Rick Perry were involved in not one but two potentially illegal plans to turn the Green Party of Texas into an electoral stalking horse.

Speaking of vacation time, council (and our own City Hall Hustler, Wells Dunbar) somehow survived a marathon 152 agenda item council meeting before heading off for its summer recess. That included a staff briefing on what might be found in a Nov. 2 multimodal bond package (that is, if the city decides to go ahead with it.)

There's also a quick update on the long-awaited BMX and skate park at House Park: Staff with Parks and Rec said the current plan is for a July 6 groundbreaking with at least one member of council present. First sitting member to pull off a natas spin gets a Chronicle koozie. 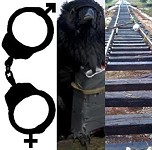